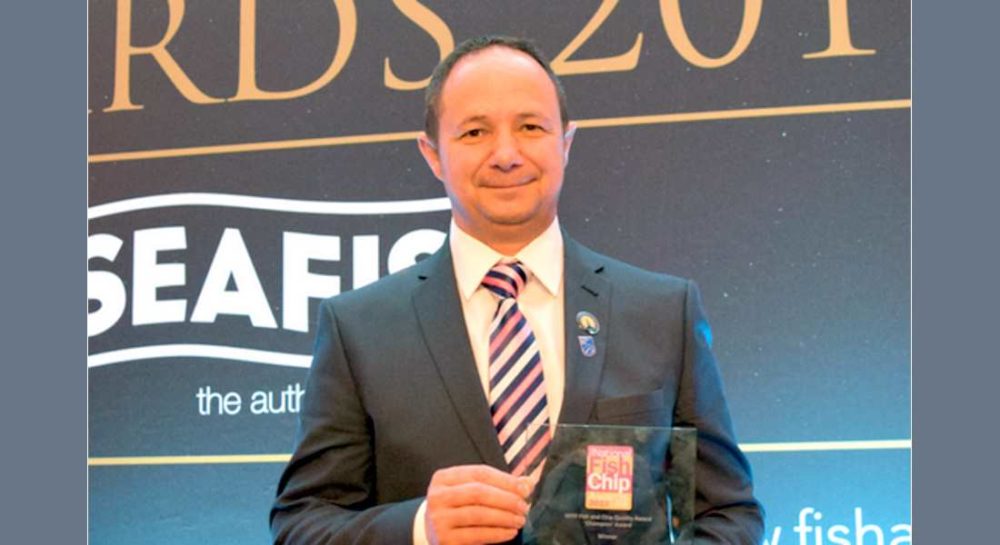 THE OWNER OF one of Moray’s – and the UK’s – foremost fish and chip bars has been named as Regional Director for Scotland on his national federation board.

Darren Boothroyd from the Fochabers Fish Bar has been appointed by the National Federation of Fish Fryers (NFFF) to represent their Scottish region.

His highly successful Fochabers business is currently Scotland’s number one fish and chip shop – and the NFFF Quality Award ‘Champion’ Award winner, after winning both accolades at the National Fish and Chip Awards 2017 held in London in January.

Darren, who recently travelled to Australia to offer advice to an ex-pat setting up a new business there, will act as the first point of contact for any NFFF members in Scotland who are in need of advice or guidance.

He is already an NFFF Approved Trainer for the NFFF Training Academy alongside being an NFFF Quality Award assessor.

NFFF President Gregg Howard said of the appointment: “We are delighted to welcome Darren to the Board of Directors. The whole board have met with Darren at various events across the year and have seen the passion and belief he holds towards the industry as a whole and I’m sure this passion will only translate into seeing the NFFF as a whole move forward.

“On the Board of Directors we now have the knowledge and expertise of three of the top 10 shops in the UK as announced at the National Fish and Chip Awards 2017 to advise our members and to protect and promote the industry.”