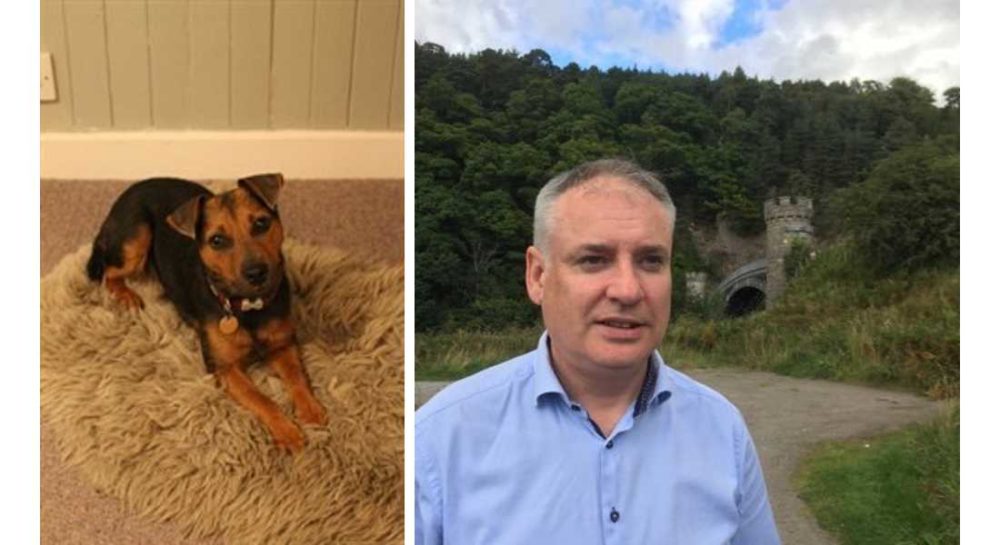 MORAY’S SECOND ENTRANT in the battle of the Holyrood dogs is appealing for support from his best friend’s constituents.

Richard Lochhead MSP’s pooch Cinder is going head to head and tail to tail with Douglas Ross’ spotty Murphy, who we met earlier this week, in the first ever Holyrood Dog of the Year contest.

Cinder, a crossbreed Patterdale/Border/Lakeland/Jack Russell, has been part of the Lochhead family for over two years and is a much treasured part of their lives. No stranger to the spotlight, Cinder has already scooped first prize at Aberlour Highland Games in Speyside for Best Family Dog – and is now aiming to shine on the national stage at Holyrood.

Holyrood Dog of the Year is a unique competition run jointly by Dogs Trust and the Kennel Club, with the aims to demonstrate that dogs are an important and much loved member of the family, as well as highlight. The event is open to all MSPs and their Parliamentary pooches, regardless of breed, age or ‘pawlitical’ belief. Richard has been a champion of animal welfare and introduced compulsory micro-chipping of dogs during his time in Government.

Commenting on Cinder’s bid to be named Holyrood Dog of the Year, the MSP said: “Cinder may start out as an underdog but with Moray’s backing she can be top dog. Cinder is Moray born and bred and is still only a young dog so she’s very energetic to say the least!

“It seems as though she has bullet like speed and an endless supply of stamina. Anyone who has seen her swimming the Moray firth knows she has the ability of an Olympian. I know Moray is home to many dog lovers and I hope that every pet dog will lend their support to Cinder in a show of doggy solidarity.”

Cinder stated she would ban hoovers from Bute House and replace the stock of Tunnocks Caramel Wavers with good quality locally sourced doggy biscuits if she was First Minister for a day as part of her doggy profile on The Kennel Club website.

MSPs will take their dogs along to the Scottish Parliament on May 8, where judges will examine their political and canine prestige. The competition will include a ‘Winner of the Pawblic Vote’ category, with the result of this vote will be announced on the day, alongside the overall judges’ choice for the title of Holyrood Dog of the Year.

Voting is open until the 8th May, Cinders profile can be viewed and voted for online.