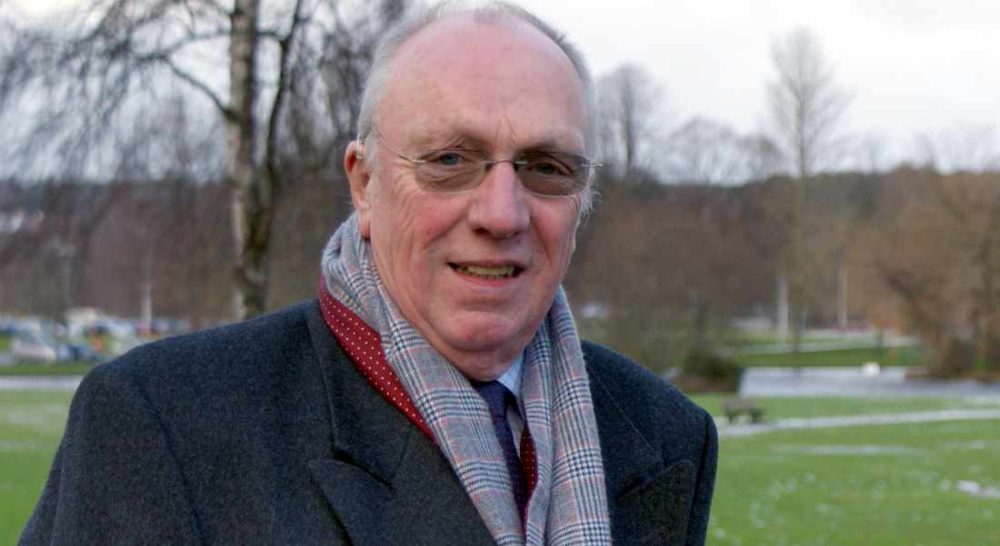 All individual candidates or political groups contesting the forthcoming local council elections in Moray are invited to state their case through the pages of our community news site – contact for submissions is editor@insidemoray.news. Today Frank Brown, Conservative candidate for Elgin City North, comments on a recent insideMoray report. THE INSIDEMORAY ARTICLE on bus services in Moray, published on Friday, March 3, is somewhat one sided in that Richard Lochhead MSP fails to explain just why it is that the council he is now calling on “to step in and save vital routes” is no longer able to do so.

First and foremost, the government in which until last year he was a cabinet minister, has systematically reduced funding to the Moray Council.

This has forced the council to make service reductions, let’s call them cuts, while at the same time using scarce reserves to reduce the impact on the vulnerable. It is a mechanism that is no longer an option for the new council being elected on May 4.

While Mr Lochhead asserts Moray Council is the only council north of the central belt [not to subsidise bus services], that suggests there are no councils south of the central belt not subsidising services – and he conveniently fails to tell your readers that his government, back in 2010, removed the government grant that assisted local authorities to support bus companies.

Prior to 2010, the Westminster government provided a ring-fenced grant to local authorities that they could use to subsidise the type of routes now in jeopardy. The total available to Scottish Local Authorities in 2009 from Westminster was £66.6million – and the Moray Council would have had access to a share of this grant.

When the Bus Services Operators Grant was transferred from Westminster to Holyrood in 2010, the SNP government removed it from local authority control and gave it to Transport Scotland to allocate.

Transport Scotland defines this grant as “BSOG is provided and paid directly to bus operators. Its aim is principally to benefit passengers, by helping operators to keep their fares down and enabling them to run services that might not otherwise be commercially viable, thus contributing to the maintenance of the overall bus network”.

The SNP government also failed to pass on the full value of the grant, reducing it in 2010 to £61million, then in 2012 to £53million and to £50.7million last year. The source of this material can be found in the Scottish Government Budgets, available for public scrutiny on the government website.

It is perhaps also of interest that despite the expanding elderly population the SNP government budget papers for 2017/18 show a reduction in funding for concessionary fares (bus passes) from £207.8million in 2106/17 to £198.2million in the current financial year.

As the Conservative and Unionist Candidate in Elgin North, if elected I will look to options that minimise the impact of these Stagecoach service cuts. The incoming council must find a way to bring the overspending budget back into balance, as the continued use of reserves is no longer an option.

I find it a bit rich that Richard Lochhead, who knows full well that it was his government and at a time when he was the Cabinet Secretary for Rural Affairs, removed the bus services operators grant from local control and cut the grant by £15.9million (24%), should now be demanding that Moray Council steps up to the plate with money they don’t have, to make good his government’s failures.