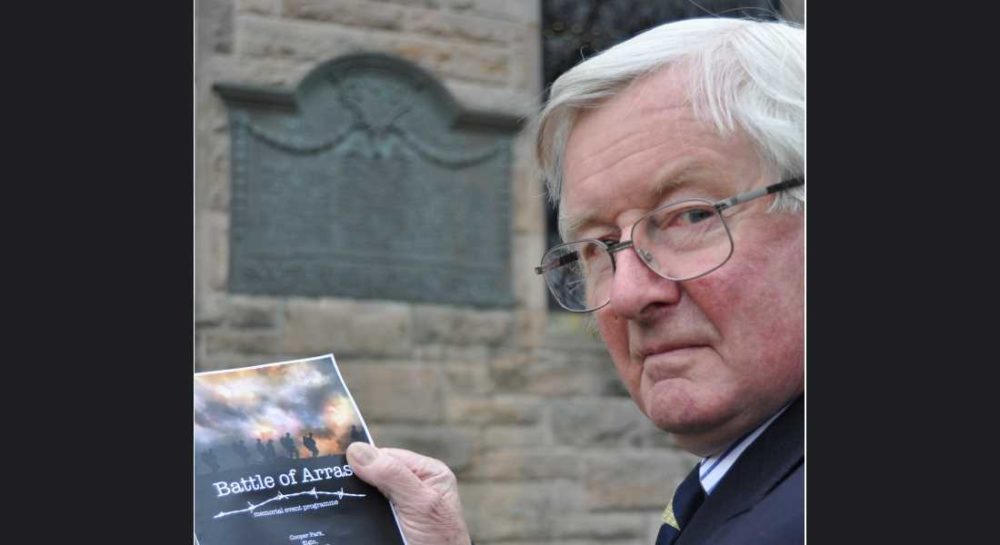 TRIBUTE IS TO BE paid to Moray men who lost their lives in the Battle of Arras one hundred years ago during the first world war.

Cooper Park in Elgin will be the venue for the ceremony that will feature a flypast, weather permitting, of Typhoon jets from RAF Lossiemouth.

There will also be a contingent of personnel from RAF and Army at Kinloss and Lossiemouth while a performance from the local Military Wives Choir will take place at the remembrance on Friday (April 21).

The mound in the park will have 250 crosses put in place by local school children – each to mark the loss of a local man in the conflict.

Chair of the group organising the event is Moray’s Lord Lieutenant, Lt Col Grenville Johnston, who said Moray families suffered for a long time after the war from the loss of their young men.

He said: “The Battle of Arras resulted in more soldiers from Moray perishing or being severely wounded than any other conflict in World War 1.

“You only need to visit the cemetery in Arras to realise that whole streets in parts of Moray lost a man each. The 6th Seaforths were particularly hard hit.

“It is therefore appropriate for Moray to remember these brave soldiers. There will be many in Moray today who lost grandfathers and, as a consequence, their families had a hard life after that war.

“I hope many will come to share in this tribute.”

The event will be held at 11am close to Elgin library – part of which was once the old Drill Hall from which, in 1914, the soldiers marched off to Elgin railway station to head for France.

A programme for the event will be available to download from the Moray Council website and social media page. Hard copies will be available on the day from library, while a free talk on the battle by local historian Derek Bird will be held later that day in the Library’s Gallery room.