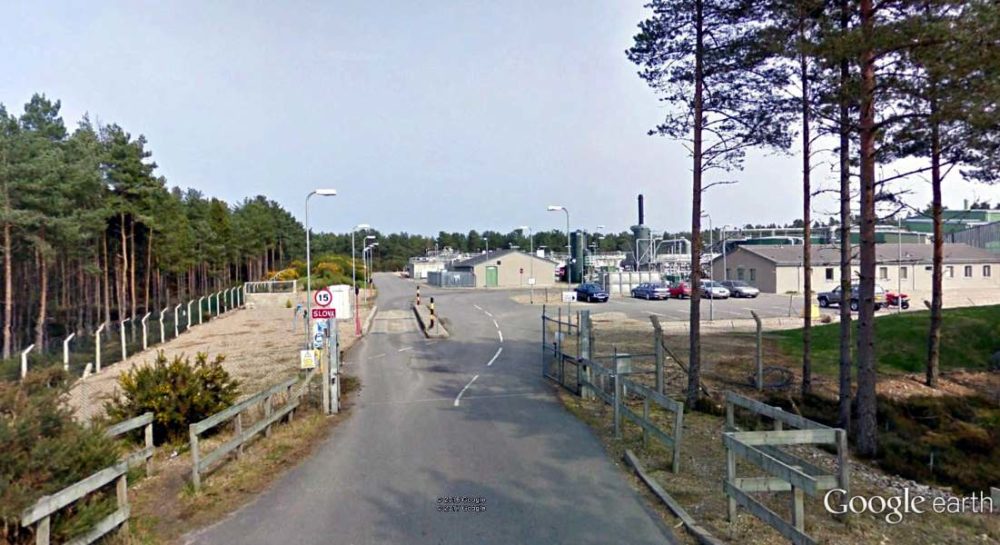 A COMMUNITY COUNCIL is literally kicking up a stink over the lack of action from operators of a local sewage treatment plant.

Lossiemouth residents say they have had enough of the smell coming from the Scottish Water plant in the town which is operated on their behalf by Veolia. They insist that they have had to suffer periods where the stench permeates throughout the town – with some reporting children even becoming physically sick as a result.

Today the Lossiemouth Community Council launched a poster campaign on the back of a recent meeting where Scottish Water and Veolia representatives faced angry members of the public.

In a social media statement, the Community Council said: “Following complaints from residents of the town, the community council has been working hard to do something about the increasingly obnoxious smell of sewerage coming from the Oakenhead wastewater treatment plant for some months now.

“So much so we invited representatives from Scottish Water and Veolia to our March meeting to answer our queries. The meeting was also attended by members of the public angry and disgusted by the smell.

“Many people have contacted our Facebook page as the stink of raw sewerage has permeated even as far as Covesea. It was acknowledged by the companies that there is an issue with the odour control plant and the well attended meeting was positive and hopefully constructive.”

A spokesperson for Scottish Water said that the regional community manager and representatives from Veolia held a “constructive meeting” with the Community Council, adding: “Following that meeting we have provided them with an update on planned activities at the treatment works to minimise any odours.

“Both Scottish Water and Veolia remain committed to working with the local community to help address any concerns that they might have.”

The Community Council are now distributing posters around the town calling on residents to report obnoxious smells to Scottish Water on 0845 601 8855.

Two years ago, in my then capacity as Secretary of the Lossiemouth Community Council, I attended several liaison group meetings at the Oakenhead plant.

This was designed as a method of soothing local concerns, with the intention of holding regular meetings – those attending were also provided with a guided tour of the plant.

However, at around the third meeting, on the instructions of community councillors and in light of increasing public concerns, I raised several issues at a liaison meeting and was assured that, while those present could not provide immediate answers, we would receive a full response.

No such response was ever received despite promptings. In addition, to my knowledge no further liaison meetings were held – or, at least, none that involved the community council.

This is quite clearly a situation that has gone on long enough. Promises are constantly made by Scottish Water and their contractors Veolia – but the only consistent action seems to be that they break these promises.