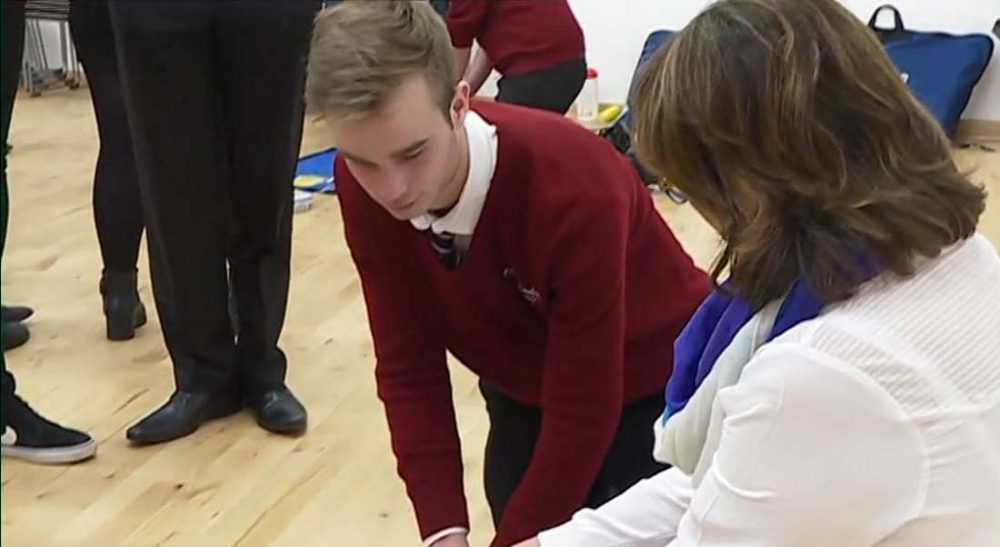 PUPILS AT A Moray school have been setting the pace in a new scheme that it is hoped will roll-out throughout the region and help save lives.

The pupils at Elgin Academy were being shown how to give CPR under the watchful eyes of NHS Grampian staff this week.

Their training came after classmate Keiran McKandie lost his life after he was hit by a car last year when out on his bicycle. Since his death, Keiran’s parents Gordon and Sandra have worked tirelessly to raise the profile of life-saving equipment – helping to raise thousands of pounds to have defibrillators fitted to police patrol vehicles.

One of the life-saving machines has also been donated to Elgin Academy – making it possible for pupils and staff to have immediate access should any emergency happen in the future.

“If you save on life it is worth it,” 17-year-old Caitlyn Gallagher said as she was shown how to perform CPR, adding: “Even just doing the training in the school helps. I feel I am contributing and I am making a difference in Keiran’s name.”

Around 50 senior pupils at the school were shown how to use the equipment that the McKandie family and friends purchased with £30,000 raised from a variety of local events.

Mrs McKandie said: “Going to the Academy was important for us because it is where Keiran went to school, he should have been getting ready to leave by now. It was important to start with the sixth year pupils because they are about to leave school – if they are familiar with defibrillators and CPR they will not be scared to use them in an emergency.”