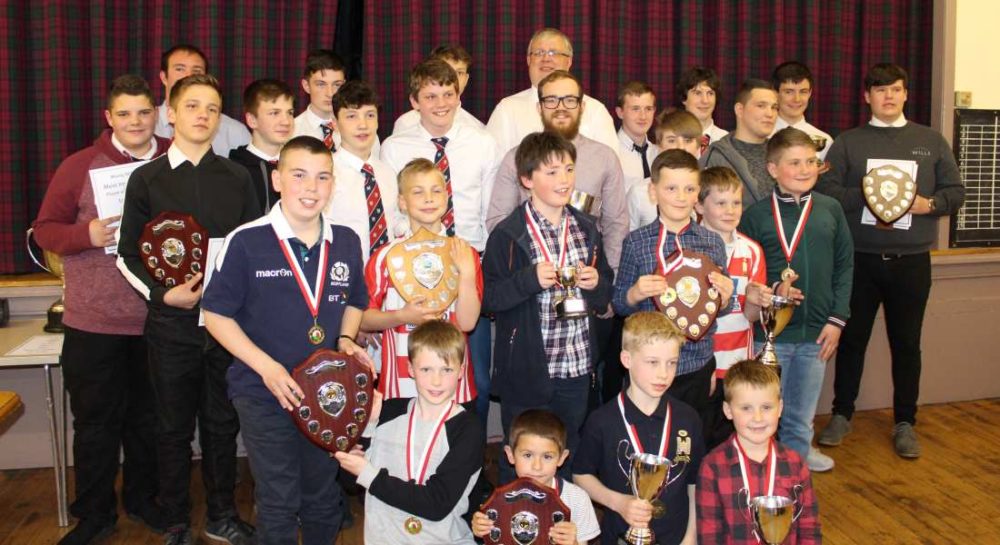 MORAY RUGBY CLUB enjoyed their own night of the stars recently when they held their annual awards event.

The New Elgin Hall was the venue as the club celebrated completion of another year, with awards being made to players from a little over five years old to their entire U18 Squad, who claimed the unusual joint honour of all being named as players of the year.

Club President Billy Adams said: “This was an excellent evening in New Elgin Hall to celebrate achievements and highlights of Moray RFC’s season 2016/17.

“These awards give me the chance to personally thank all volunteers, parents and carers, coaches, players, supporters and committee colleagues for their efforts during the year.

“It’s always a pleasure to see the award winners face light up when they hear their names announced – and although few people win the awards it’s testament to the dedication of the hard work of all involved as we continue to build a family spirit at Morriston.”

The senior XV awards will be announced this weekend.