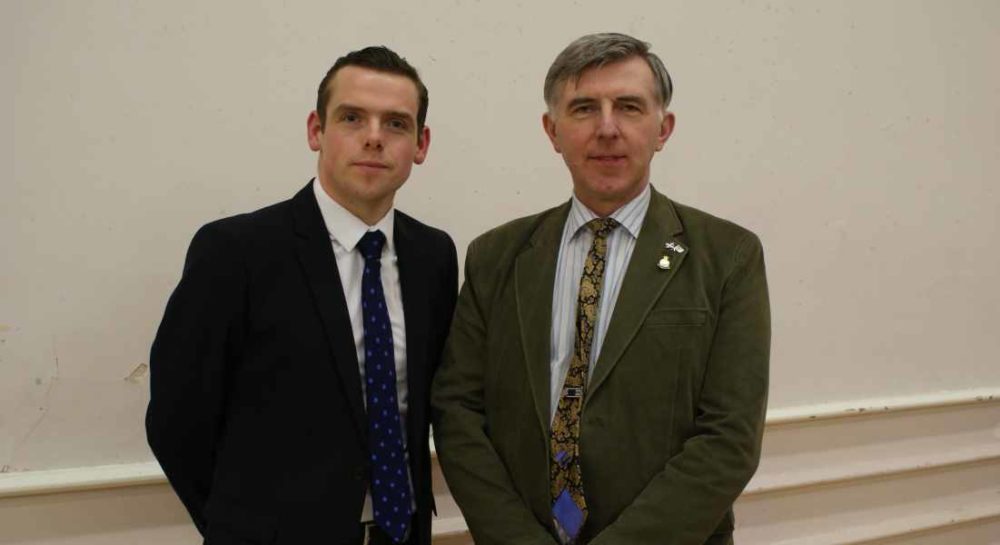 A WAR OR WORDS has broken out in Moray following comments attributed to a Scottish Conservative candidate for Keith and Cullen.

Donald Gatt, a former UKIP candidate who is fighting the ward this time for the Tories, has come under attack from SNP politicians for suggesting that low-income families should not have children.

In a social media tweet, Mr Gatt said: “My choice not to have children – why do I have to pay for meals for those who chose to have them? If you can’t afford children, buy Durex.”

Mr Gatt, 53, immediately came under attack by SNP rival and mother of the outgoing SNP Leader at Moray Council, Theresa Coull, who said: “The views expressed by Mr Gatt show a complete lack of compassion and an uncaring attitude.

“It shows that he has no understanding of the lives of those he seeks to represent – he should apologise for suggesting that hard-working families in Moray should not have children if they are not rich.”

However, an unrepentant Mr Gatt reacted this morning, telling Twitter followers: “Oh dear, vilified because I hold an opinion different to the SNP Cult.”

Among those hitting out at Mr Gatt was Angus Robertson MP, who Tweeted: “Absolutely appalling extreme views by ex-UKIP now Tory candidate in Moray. From Rape clause to racists candidates, Tories remain #nastyparty.” He was also attacked by Richard Lochhead MSP, who said: “A former UKIP candidate now right-wing Tory council candidate in Moray – and he is against fertility treatment on NHS.”

That was in reference to a response by Mr Gatt where he told a questioner “I don’t believe fertility treatment should be on NHS for anyone, gay or straight.”

Mr Gatt went on the offensive in the row earlier today, hitting back at Mr Lochhead and Mr Robertson asking if they would condemn “foul mouthed” SNP MP Pete Wishart for comments attributed to him on social media.