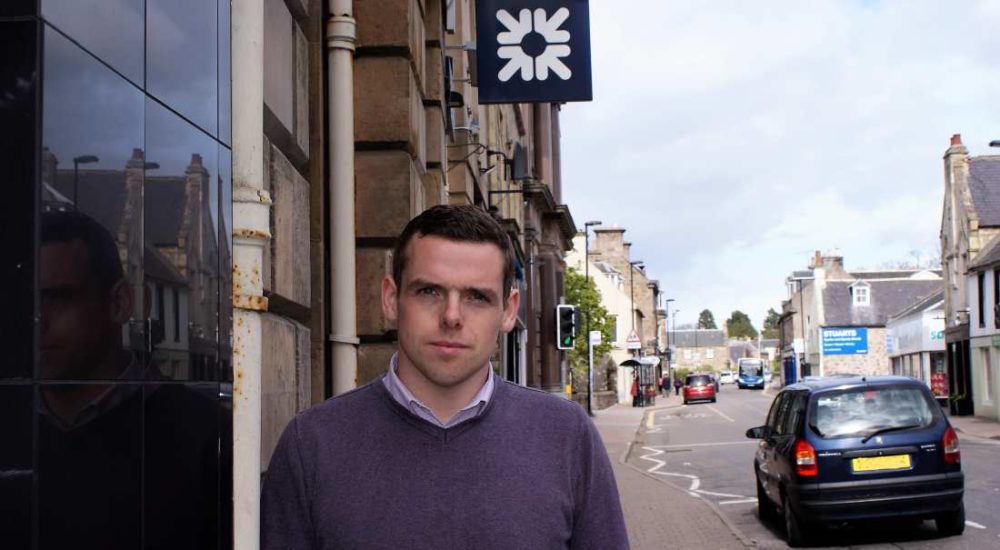 TALKS HAVE TAKEN PLACE in Elgin over the future provision of mobile banking services in Moray against a backdrop of increasing branch closures.

Regional MSP Douglas Ross met Royal Bank of Scotland representatives earlier today (Wednesday) sought the meeting to discuss the provision of mobile services being proposed to mitigate closures of their branches in Forres and Buckie later this year.

Following the meeting Mr Ross said: “It was a useful to get an update on the plans that RBS have to provide mobile banking in Forres and Buckie following the branch closures later this year.

“I’ve also made a further request that other communities such as Portgordon receive this service and while no guarantee was given I was promised that this would be considered in the future.

“From my discussions, I understand the bank hope to publish details of the mobile banking timetable for Forres and Buckie within the next few weeks. I know they are also keen to encourage customers to use online banking and the post office facilities as well as the mobile bank.

“We had a wider discussion about banking across Moray and it was useful to make contact with Nathan Snyder, RBS branch manager and Michelle Anderson, relationship manager, who I will go to directly with any further queries from constituents in the hope that we can resolve any issues as quickly as possible.”