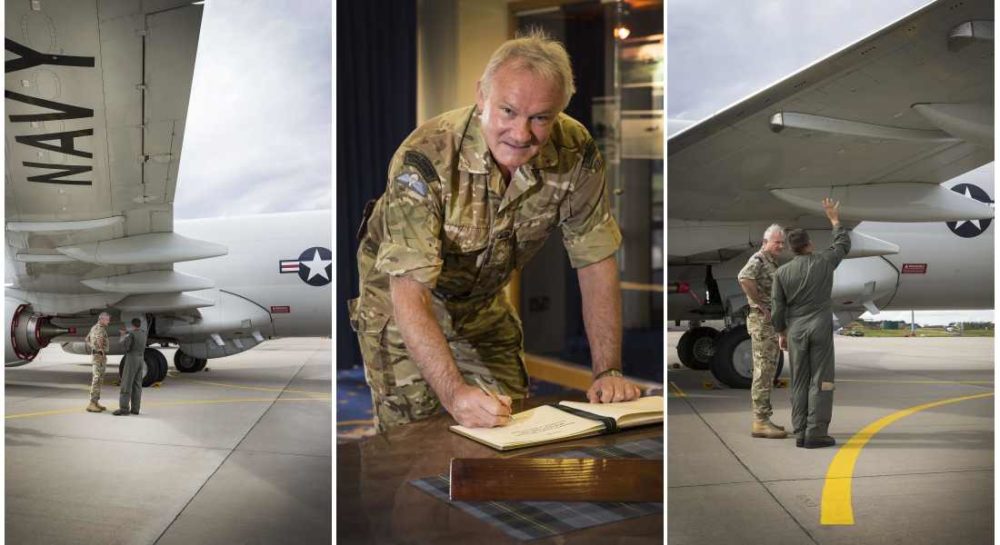 ONE OF THE UK’S most senior military commanders paid a brief visit to Moray yesterday (Monday) for a glimpse of the present and future work of RAF Lossiemouth.

General Sir Gordon Messenger, who is Vice-Chief of the Defence Staff, was given a tour of the base by station commander Group Captain Paul Godfrey.

The second in command of the UK Armed Forces was at the Moray base primarily to visit the United States Navy detachment, which is participating in Exercise Joint Warrior with their P-8A Poseidon Maritime Patrol Aircraft – the very same aircraft expected to be operational at Lossiemouth within two years.

Following a tour of one of the sub-hunting aircraft provided by a US Navy Captain, General Messenger said: “This aircraft will be pivotal in terms of RAF capability and the whole of the UK Armed Forces.

“RAF Lossiemouth is the ideal base from which to operate the P-8A Poseidon due to its close proximity to one of the aircraft’s most likely area of operations – it is also well placed for other maritime patrol activities and potential search and rescue operations.

“This important basing decision will bring significant economic benefits to the Highlands & Islands and Moray communities.”

The General was accompanied by Mr Jonathan Nancekivell-Smith, Director of Performance and Analysis, during his visit.

They met both service and civilian staff to highlight the investment being made over the coming years at the base – and to the local community in readiness for the increase in people and equipment ahead of the new aircraft.