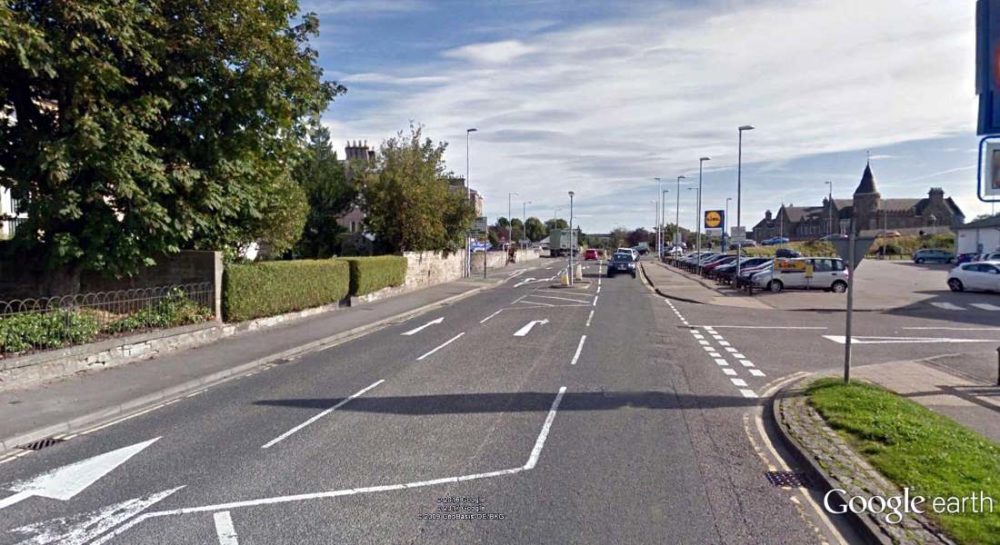 A FEMALE PEDESTRIAN was taken to hospital on Wednesday evening after being hit by a coach on Station Road in Elgin.

Police and ambulance crews rushed to the scene, close to the railway station and the local Lidl supermarket, shortly before 6pm.

Witnesses said that the unfortunate woman had been struck by a coach operated by Doig’s of Glasgow.

Police were later able to confirm that the woman did not suffer life-threatening injuries.  However, the road was closed for several hours as investigators remained on the scene until 9pm.