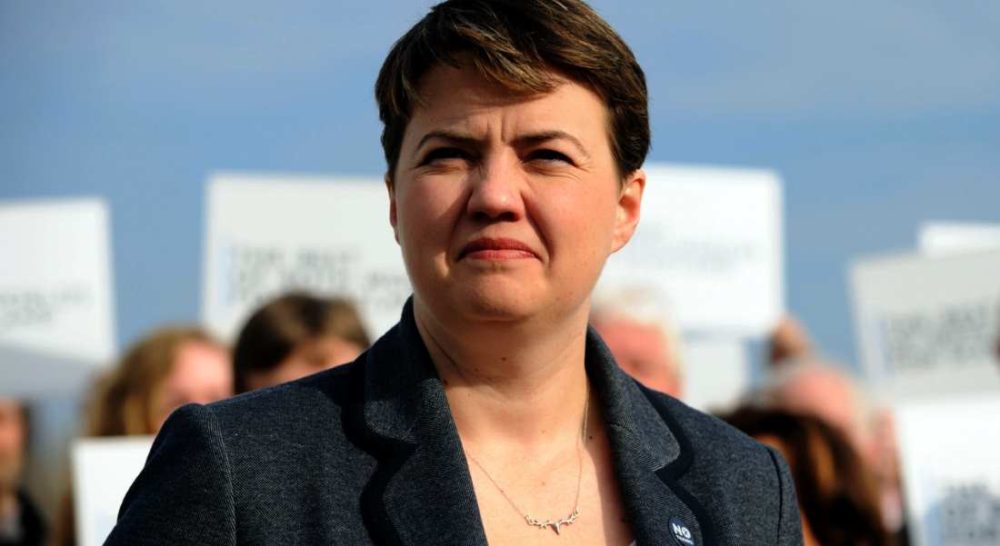 SCOTTISH CONSERVATIVE LEADER Ruth Davidson has been commenting on her party’s general election hopes of unseating the SNP from Moray.

Ms Davidson has said that she believes her party has a “pretty good” chance of removing Angus Robertson, the deputy leader of the SNP, from his Moray seat.

Mr Robertson has represented Moray for 16 years and for the last two years has led the largest ever contingent of SNP MPs at Westminster. His majority in the 2015 election was a little over 9000 over Douglas Ross.

Now the pair face up again in six weeks – with Mr Ross having greatly reduced the majority of another high-profile SNP parliamentarian, Richard Lochhead, when he last went head-to-head with the nationalists in the Holyrood election a year ago.

Pointing to the belief that the Conservatives are on the rise in Moray, Ms Davidson said: “It’s [Moray] a very pro-union part of the country and it was the most pro-Brexit area of Scotland. I also think for those people, the 50.1% of people in Moray who voted Remain, similar to thousands of people across Scotland who voted Remain that are also pro-union, they are really angry. “I don’t think anybody has cottoned on to how angry pro-UK Remainers are that Nicola Sturgeon, Angus Robertson and others have hijacked their Remain vote to be a proxy vote for independence. People are furious about it.”

However, Moray’s MSP Richard Lochhead hit out at the comments from the Tory leader in Scotland, saying that it demonstrated a “special kind of arrogance” from the Tories.

He added: “Feedback on the doorsteps shows is clearly backfiring as voters tell us they are determined to reject the Tories and elect Angus Robertson, who has a track record for championing Moray.

“No wonder they are setting their sights on Angus Robertson – with his effective questioning at PMQs tying Theresa May in knots each week, he’s the biggest thorn in the Tories’ side.”

So far three candidates have been declared to contest the Moray seat, with Labour announcing last week that local schoolteacher Joanne Kirkby would be seeking election.