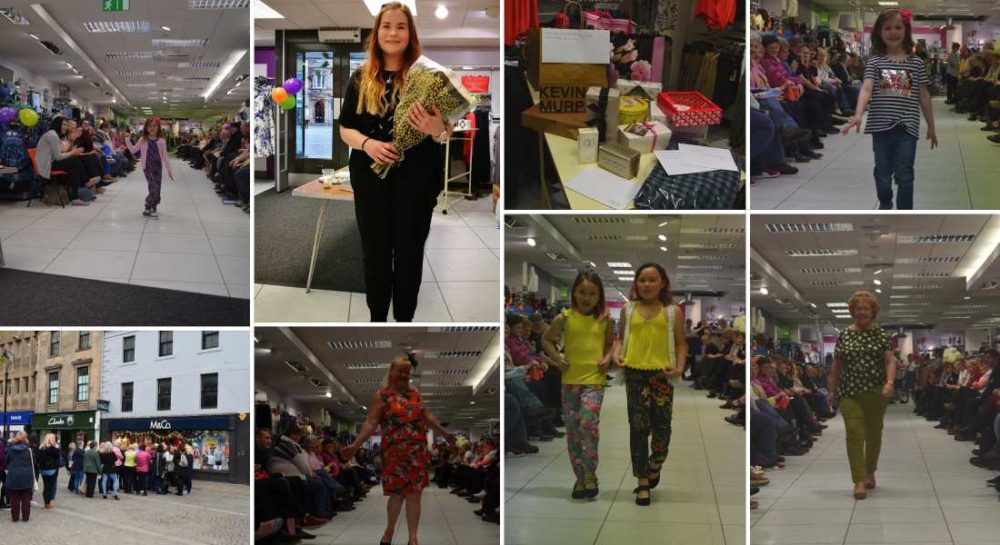 A FASHION SHOW organised to raise funding for the Elgin branch of Samaritans this week was declared a great success.

Organiser Nadine Weiland was behind the event at the Elgin branch of M&Co – and delighted when over 60 people turned out and helped raise over £450.

“We were overwhelmed with the great response,” Nadine told insideMoray, adding: “We had over 60 people turn up on the night and we raised over £450 that will go towards running costs of the Elgin branch.

“I owe a huge thanks to the M&Co staff for their support on the night and throughout the organisation process. Also to the volunteers who kindly gave up their time to take part, and to local businesses such as Dowans Hotel in Aberlour, Johnstons of Elgin and Tesco who all contributed to the raffle on the night.

“The local Samaritans branch relies on the support it gets from the public to keep going so this money will be a great help to cover the costs associated with running the service. This has been a great success and will support the organisation in continuing to deliver its services.”

Several of those attending expressed their own delight – now it is hoped that the inaugural event will lead to another taking place at some point in the future. In the meantime people are being encouraged to follow Elgin Samaritans through their Twitter account @ElginSamaritans.

Samaritans is an organisation that works across Scotland in partnership with a range of organisations to help deliver the vision that fewer people die by suicide. This includes operating a listener scheme in prisons, a partnership with Network Rail and being there to help children and young people prepare for life’s challenges.