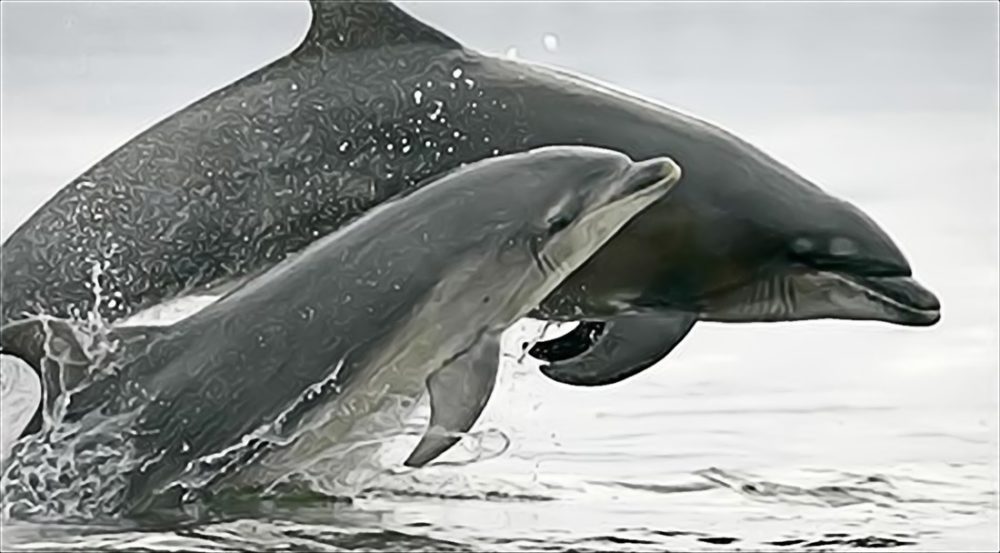 A DELIGHTED GROUP of Moray school children were left breathless with excitement when their lifeguard training on a Moray beach was gate-crashed by a pod of dolphins.

The students were undergoing a training session off the East Beach in Hopeman when the dolphins decided to join in – throwing seaweed into the air in a show of playfulness typical of the species.

A spokeswoman for Gordonstoun School said that they had used the beach many times for training sessions but it was the first time they had ever had such a close encounter with the local dolphins.

She said: “They have never joined in with a surfing session like they did this time – and the children were all very excited. This is a busy time of year for our senior students who are working hard for their GCSEs and A-Levels – this has provided much-needed relief from their studies.”

Supervising the children was head of beach lifeguards at Gordonstoun, Philip Schonken, who encouraged the pupils to keep moving around the dolphins and keep them interested.

He said that the experience they had gained was “just one of the magical things about this part of the world”.

While it was a first for this group of Gordonstoun pupils, last year a group of Junior School children from the private school encountered a pod while they sailed their ‘Toppers’ – a pod of dolphins escorted their boats and played around them throughout their session.