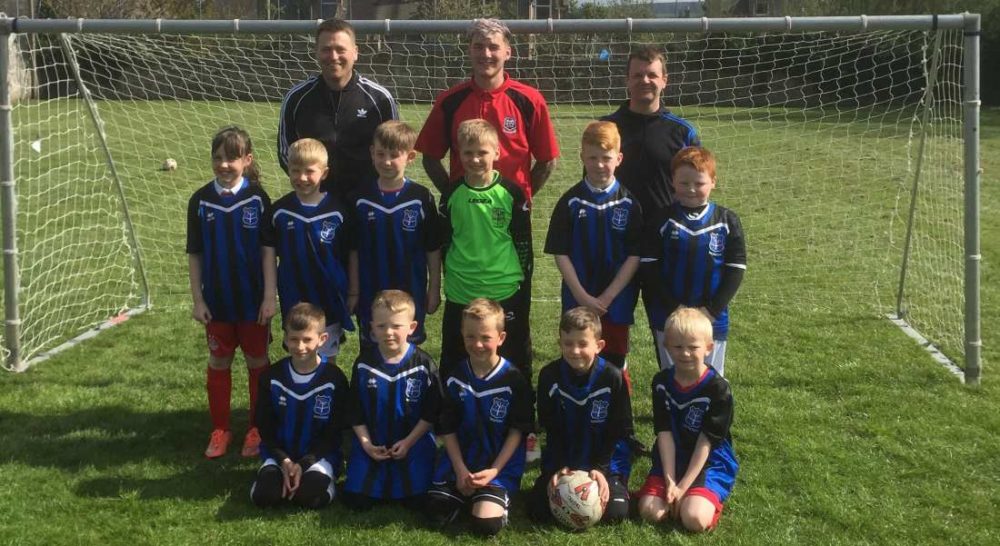 A MORAY PRIMARY SCHOOL’s football team had an extra special surprise recently when they had a visit form Elgin City star Darryl McHardy.

East End Primary’s p4/5 team was only formed a year ago – and in challenging financial times for everyone it has not been easy to provide even the most basic kit.

For much of the first year they have had to ‘borrow’ their strips from the schools p6/7 side – not by any means a perfect situation!

Team Coach Mark Leighton told insideMoray: “I just started the team last year and have recently entered them into some local tournaments.

“Along with another parent, Jamie Willets, we take training after school every Friday – and to see the kids come on from last year has been really fulfilling! Some of them could barely kick the ball let alone string two passes together.

“We now have a player of the month and most improved player – and that gives them something to aim for as they progress.”

New kit was the main priority – and thanks to a very kind donation from Gavin Tennant and donations by Pinz, Howden’s Joinery, along with a few parents chipping in, that has finally been resolved.

Mark said: “We managed to complete the job thanks to Dallas Designs and laid on a surprise for the kids by asking Darryl if he could come along. He did just that and presented the new kits to our players at a recent training session.

“The kids were also thrilled that Darryl even managed to stick around for a wee kick-about with our kids who have been buzzing about that ever since.”