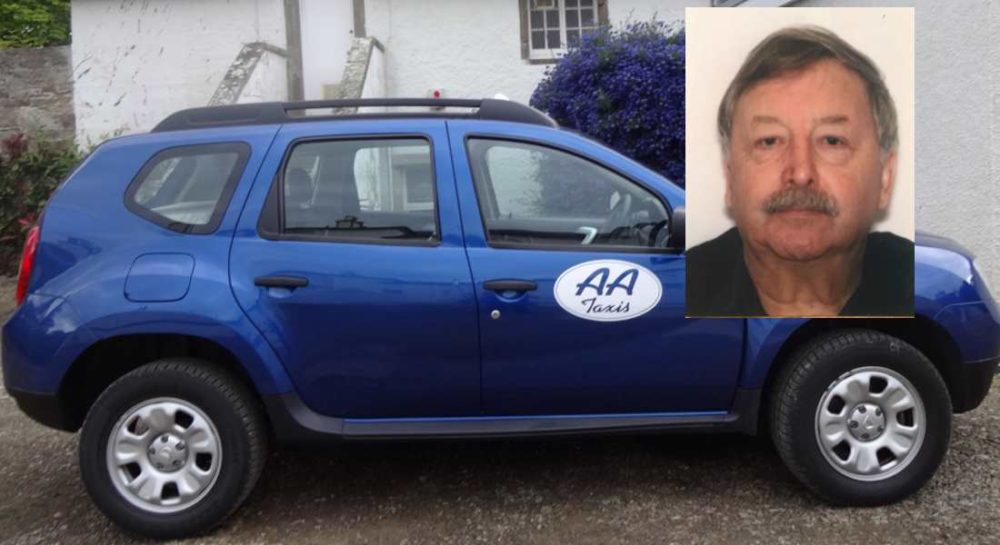 FEARS ARE GROWING for the safety of an Aberdeenshire man who went missing from Portsoy on Thursday.

Police Scotland has issued an appeal for people out hiking or dog walking throughout the north to keep a look out for 65-year-old Robert Stevenson.

Mr Stevenson went missing from his home town on Thursday at around 4.20pm when he was seen driving his taxi southbound on the A947 between Banff and Macduff. His taxi is described as a blue Dacia Duster, registration mark R10AAT. The taxi has ‘AA Taxis’ on the roof sign and logos on both onside and offside doors.

Inspector Megan Heathershaw said: “We would appeal to anyone who has seen the vehicle described to get in touch with police as soon as possible. It is out of character for Robert to go missing and as time goes by we are increasingly concerned for him and want to trace him to ensure he is safe and well.

“I would urge anyone who is out in the area whether that is hiking or dog walking to please be vigilant to the appeal to trace Robert and if they see him or his vehicle contact police on 101.”

Mr Stevenson is described as white, 5ft 4 ins tall, of slim build, with brown eyes, short grey hair and a moustache. He is believed to be wearing a white, pink and blue checked shirt, black trousers and shoes.

Anyone who may have any information that could assist tracing Robert is asked to contact Police Scotland on 101 quoting incident 3517 of 11 May.