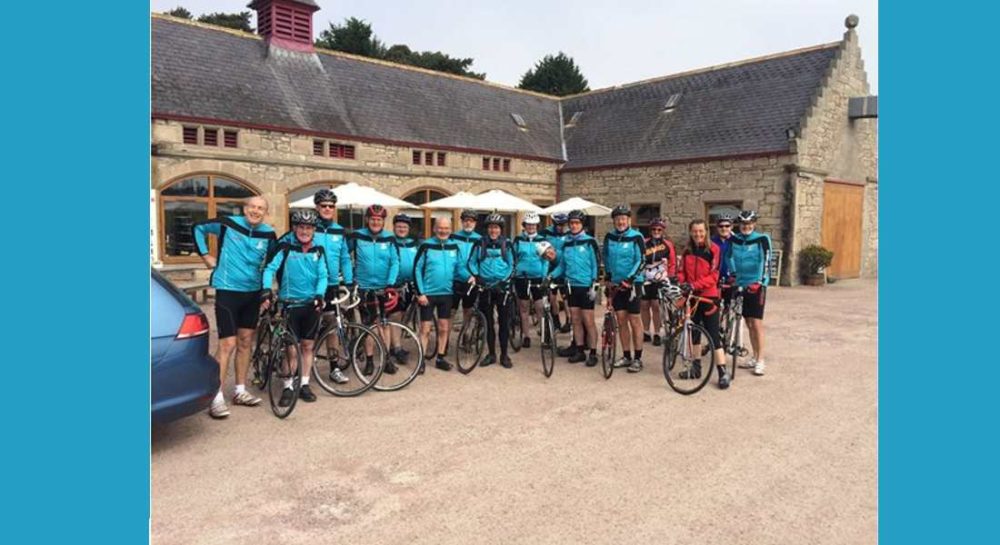 A GROUP OF MORAY cyclists who have already raised over £54,000 for the UK’s leading Cancer charity are set to hit the road once again.

Moray Wheelers 34-strong membership with an average age ‘somewhere north of 60’ are to blaze a trail over seven days from May 20 – the latest in their long-distance travels on behalf of Cancer Research UK.

Leading the way once again will be Walter Sutherland, who told insideMoray: “We will head out from Elgin to Ullapool on Saturday, May 20 – from there we will sail to the Outer Hebrides.

“On arrival at Stornoway, we will head south cycling the full length of the Outer Hebrides before catching a ferry from Castlebay in Barra to Oban and back to Elgin via Fort William and Aviemore.”

It is not the first time the group have taken on a “Hebridean Challenge” with their fantastic previous efforts have raised thousands – and their motivation is that for many of those taking part, Cancer has very much affected their lives and that of their families.

Walter explained: “One of our group is currently in remission following lengthy spells of chemotherapy and radiotherapy treatment – others have lost or had loved ones who have suffered from the disease.

“They have inspired the Moray Wheelers to raise as much money as possible for Cancer Research UK and to help those who are working hard to find better ways of treating this terrible illness.

“So far, the group has raised in excess of £54,000 and hope to that sum this year. Regrettably, it is a fact that one in two of us will get cancer at some point in our lives, but cancer need not be a death sentence.

“Screening, earlier detection and improved treatments have all improved survival rates and thanks to advances in cancer research, thousands of people who wouldn’t have survived cancer 10 years ago are still here today.

“By supporting Cancer Research UK Moray Wheelers believe that they can make a difference and help change the statistics in future for all kinds of cancer.

“The support of the Moray Community for the Moray Wheelers efforts for Cancer Research UK would be much appreciated. Donations can be made online via www.justgiving.com/fundraising/The-Moray-Wheelers-Hebrides4CRUK.”