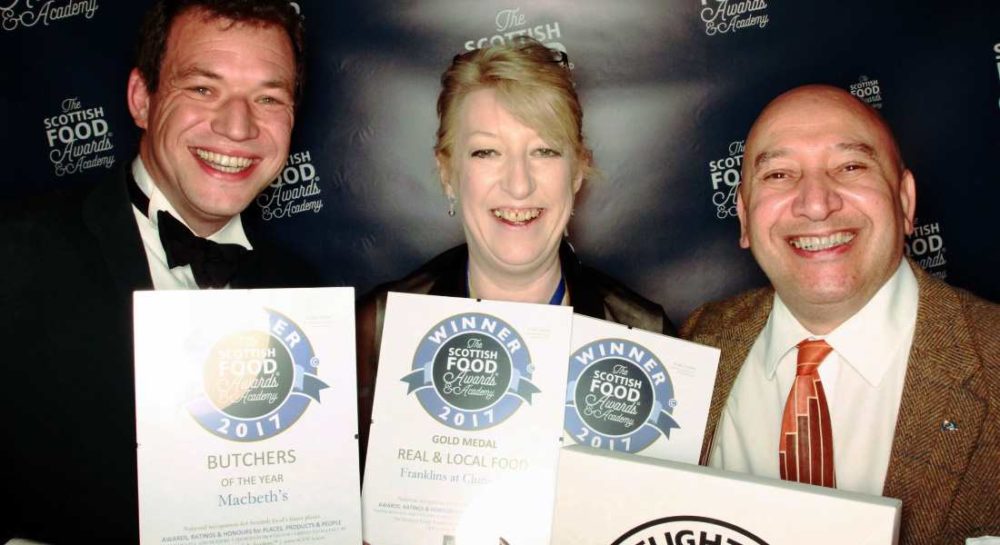 TWO MORAY BUSINESSES have been flying the flag for the region at the Scottish Food Awards this week – and returned home clutching awards.

Macbeths in Forres have been named as Scotland’s Butcher of the Year – while nearby Franklin’s Restaurant, which is part of the Cluny Hotel, won the Food and Drink Award for Small Hotel.

Franklin’s also took a Gold Medal at the awards in the Real and Local food category.

A spokesman for the Cluny Bank Hotel said: “Both businesses were delighted to receive such recognition in what is a high testament to the produce that is available in the area.

“Macbeth’s supply food establishments locally and throughout Scotland from cafes to Michelin Star restaurants – most of the beef they supply coming from their own farm in Dallas.

“Franklin’s was also one of the first 25 businesses in the country to be presented with the Scottish Food Awards and Academy ratings – they received four ‘Gold Food Hearts’ in recognition of the high calibre of their sourcing.”

Gary McLean Quin, chairman of the Scottish Food Awards, said: “Franklin’s Restaurant has a particularly flavoursome cooking style – which has been known to us for over the years. It is its distinctive hallmark.”

The Scottish Food Awards judge on year-round ratings and highlight the best food produced and served in Scotland as well as the people behind their success.