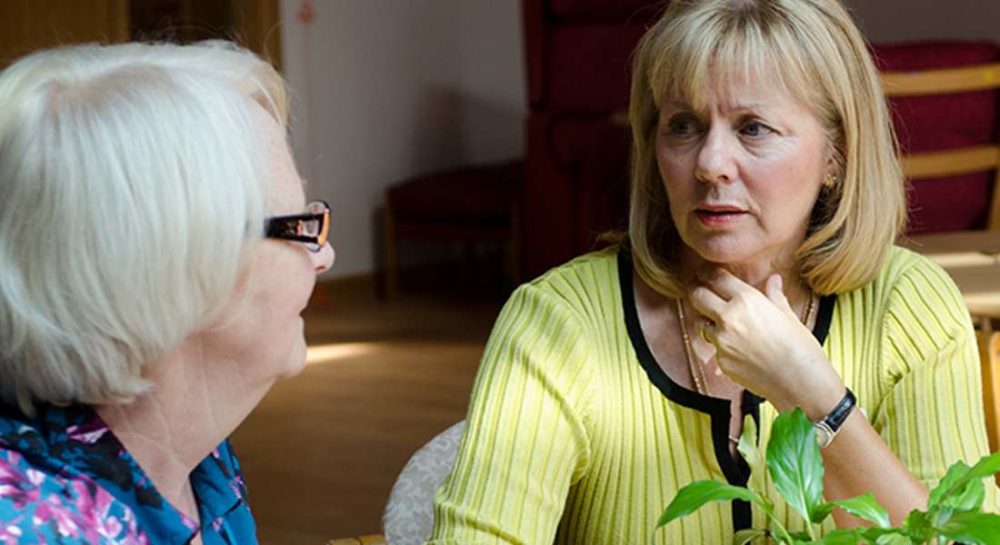 COPING WITH THE DEATH of a loved one is understood by the Sue Ryder charity who are currently highlighting the support and services they offer to the Moray community.

An online campaign was recently highlighted at the Scottish Parliament during the Sue Ryder ‘Death Awareness Week’, drawing the attention of MSP’s from all parties who supported their aims.

Explaining those was Pamela Mackenzie, who is the Sue Ryder Scotland director. She said: “Originally designed for people approaching the end of life, our online community has evolved to become more of a support for people who have lost someone they care for.

“People who use the service are going through a wide range of experiences, many of which are extremely difficult, and the support offered by community members to each other is immense.”

Regional Moray-based MSP Douglas Ross supported the charity by placing a motion in the Scottish Parliament recognising Sue Ryder efforts and those other third-sector organisations providing help for the bereaved.

He said: “Everyone will experience grief at some time or another, yet death and dying is still a difficult topic for anyone. People often feel isolated and unsupported. Coping with bereavement can be one of the most difficult times in anybody’s life.

“Support by charities like Sue Ryder is vital for people who are struggling to come to terms with the death of a family member or someone they were close to. Their online community – where people go to for support from others in similar situations – is proving to be an invaluable tool for people who are feeling isolated.

“People who use it feel more able to cope and less alone so I would urge anyone who thinks they’d benefit to give it a try.

“There’s no doubt that our reluctance as a society to talk about death and dying impacts on people’s ability to cope when someone they love dies.

“That’s why it’s really important that we try to shake off this taboo and accept that the death of someone we’re close to is something that we will all experience. Only then will people be able to grieve more openly and not feel as isolated.”

To learn more about the work of Sue Ryder visit them online or join in there  online community group.