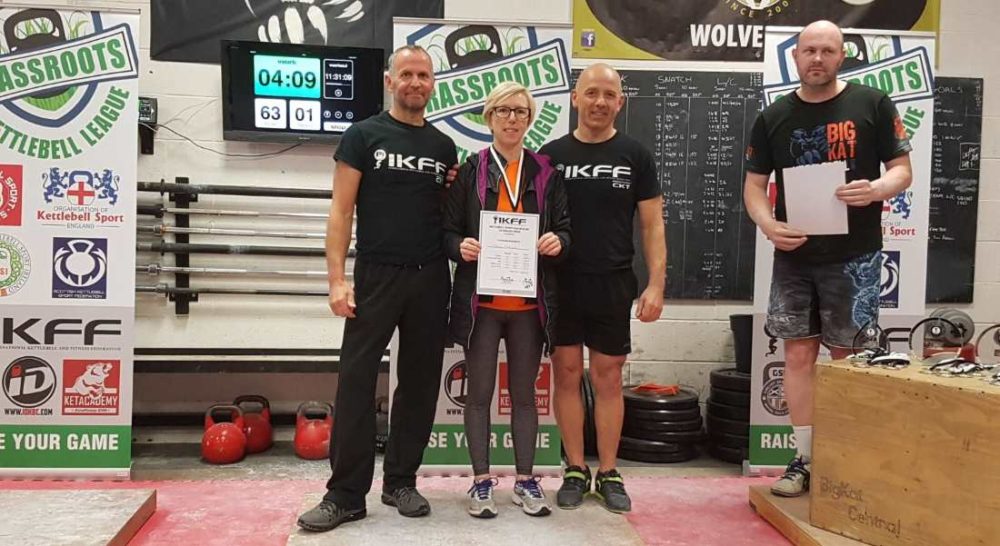 MORAY WEIGHTLIFTERS HAVE recently made a successful journey to a major tournament in Harrogate – and returned with an impressive haul of medals.

Four members of the Wright Fitness Club in Buckie took part in the International Kettlebell and Fitness Federation (IKFF) UK Pentathalon – the end of season finale to the grassroots league.

Kettlebell workouts are geared towards people from those who just want to look and feel good all the way to Olympic athletes.

At the IKFF competition Tracy Fordyce, who is from Elgin, performed superbly and earned a bronze medal in her under 60kg weight category. Tracy has trained with Wright Fitness for a number of years initially to benefit her love of cycling – but she soon decided to try her hand at the competitive side of Kettlebells and has not looked back.

In the Grassroots League Laura Park from Forres, competing for the first time, lifted incredibly well – and was rewarded with a silver medal in the Snatch event. Laura has trained with Wright Fitness for over five years and has gone from strength to strength. Wright Fitness instructor Helen Wright took part in the fourth Grassroots League competition and took sliver in the Jerk, gold in the Snatch, another silver in the long cycle – and left clutching the gold for ‘absolute Grassroots champion’. She was also awarded a silver certificate for achieving an overall score of over 2,000 points across the season.

Helen has worked with Kettlebells for over eight years, initially using them as a strength and conditioning tool before dabbling in competition. Now she is aiming to achieve a place in the Scottish Kettlebell team next year.

Graeme said: “Wright Fitness introduced Kettlebells to its timetable of classes in 2009 and since then we have seen a huge number of people in Moray improve their general fitness, strength and wellbeing using this diverse tool.

“The aim of our classes are not geared specifically toward competition – but it’s a great way to bench mark our progression. I’m an incredibly proud coach to have four lifters take a trip to Harrogate for a national competition and come home with 10 medals between us.”

To learn more about the Moray club visit their website.