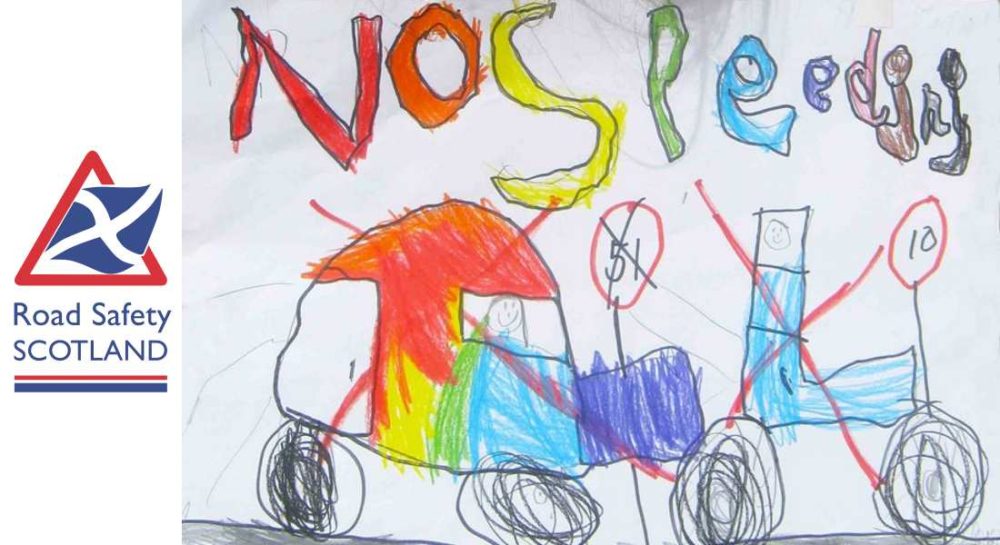 PUPILS FROM A MORAY Primary school have demonstrated their expertise on road safety issues – taking second place in a national competition.

Pupils from JRSO participating primary schools were encouraged to get imaginative and enter the competition through their own choice of media. A total of 616 pupils from 37 primary schools entered with a range of impressive and informative poster designs, including traditional hand drawn entrees to digitally created designs as well as some accompanied by a selfie.

Primary 1 pupil Amy Gregory of Kinloss Primary was awarded runner up position for her excellent design that got straight to the point with the message: ‘No speeding.’ In addition, pupils Pearl Cameron, Siwon Paija, Gloria Johnston, Jacey Foy and Megan Harvey all received commended certificates for their road safety poster designs.

The overall first prize went to five-years-old Isra Ahmed, a primary 1 pupil at Milton Primary School, South Lanarkshire, with her creative design that kept it simple yet impactful with the message: ‘Read the sign, take your time.’

Michael McDonnell, director of Road Safety Scotland, said: “The enthusiasm of young people and schools across the country never ceases to amaze me, and the quality of the submissions shows great imagination.

“Hopefully, the underlying reasons for the competition and Global Road Safety Week will be brought home to the children and strike a chord with their teachers and parents. The road environment can be dangerous and inappropriate speed choice is a major factor in the type of injuries vulnerable people can suffer.

“JRSOs do a fantastic job of promoting road safety messages in their schools and it’s encouraging to see so many schools getting involved and putting Scotland on the global road safety map. A massive thank you and well done to all those involved.”

All schools who entered received a participation certificate.