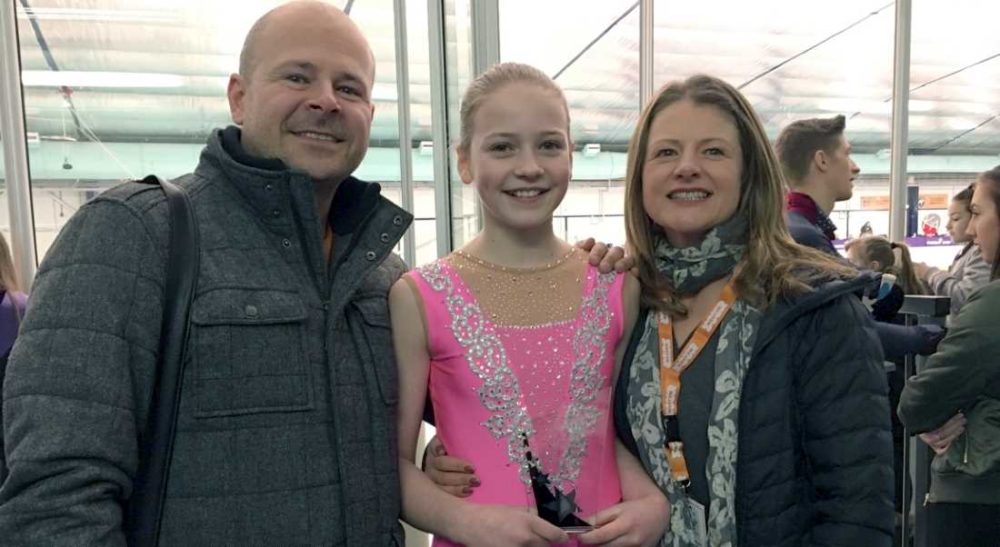 MORAY SKATERS HAVE recorded yet another impressive haul of medals and reinforced the Moray Skating Club’s position as one of the most successful in the UK.

Four gold medals were joined by three silver and two bronzes at the Murrayfield National Opens in Edinburgh last weekend.

Topping the list of successes for the Elgin-based club was Lossiemouth skater Charlotte Wright, who took gold in her level three ladies event – and it was her Buckie team-mate Ellyn Smith who grasped the silver medal in the same event.

The level two event almost saw another Moray clean-sweep – Emily Lawson and Natasha Morrison taking the gold and silver, while Kirsty Imlach finished in fourth place in a field of 21 of the UK’s finest skaters.

Gold medals were awarded to Philippa Adams in the level one ladies (10 and 11 years) and Fern Smith (12 and 13 years), while Buckie’s Emma Marandola took silver in the level three ladies.

GB international competitor Shelby Simmers from Keith narrowly missed out on a medal in the level nine ladies against some of the top skaters in the UK with her first ever level four layback spin in competition. But there was the consolation that a strong free program with a personal best technical score of over 29 points gave her an early qualification for the British Junior Championships in Sheffield later this year.

The medals kept coming with Elgin’s Ruby Boyd winning bronze in the level six event in a field of 19 skaters from all over the UK, with sister Vivienne just behind in fourth. Ruby recently won gold at the Blackpool Skating Festival with team-mate Caley Stobo from Lossiemouth winning bronze. Bronze was also won by Madison Mitchell in the level four competition with team-mate Elsie Green just behind in fourth. Just missing out on a podium position by the narrowest of margins was Louise McMann from Dufftown in the level one ladies.

The skaters are all trained by brother and sister Sue Summers-Farrell and Graeme Summers and international medallist Rowena Mackessack-Leitch.

The coaches said: “The club’s skaters are going from strength to strength, winning medals at major national events all over the UK. We’re also always looking out for new members wishing to learn to skate, whether they’re looking towards competing or just wanting to skate for fun. We provide for

Children and adults of all ages and abilities are welcome to come along, including raw beginners who haven’t skated before, and the first lesson is completely free. The club also provides its own free top-quality figure skate hire.

The classes place an accent on having fun in a friendly atmosphere while learning, and tuition is on hand from championship-level coaches and award-winning skaters. For further details call Mike on 07974 387326, check out the club’s website at www.morayfigureskatingclub.co.uk or just turn up on the day.