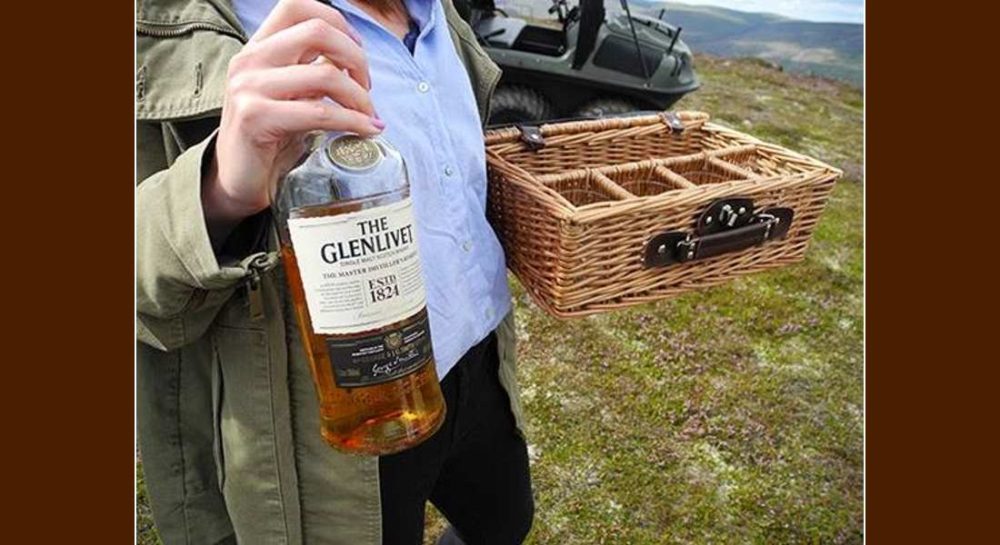 INTRODUCING PEOPLE TO a world of whisky smugglers in what has been described as one of the most unusual outdoor adventures in Scotland has earned recognition at the Scottish Parliament.

Charlie and Susan Ironside introduced the ‘One Life Livet Tour’ as a means of showing how the foothills of the Cairngorms was once the hidden heart of the shadier side of Whisky production in Scotland.

The tours conducted during the Spirit of Speyside Whisky Festival involved the use of several means of transport as it traversed difficult to reach places – and all the way the couple explain the significance of such as Josie’s Well and the former Brewer’s and Exciseman’s houses.

Now regional labour MSP David Stewart has heaped praise on the couple’s efforts – and asked fellow members at the Holyrood parliament to join in congratulating them through a motion tabled this week.

The excursion took guests on a tour of the hidden Glen, immersing them in the history of the area and revealing a world of whisky smugglers utilising two different forms of transport and including three drams, one and a half castle visits – and a visit to a bothy and one of the region’s most famous distilleries.

“It has the accolade of best new event at the Spirit Of Speyside Whisky Festival this year – that is testament to the hard work, endeavour and hospitality of Charlie and Susan in providing yet another initiative to attract tourists to a well visited area.”