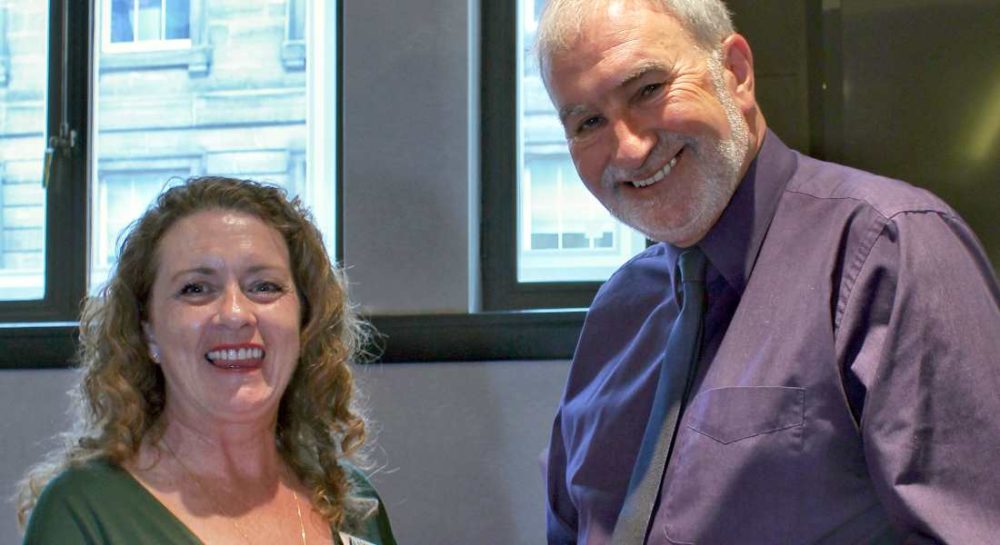 A MORAY MAN has been named as the winner of a Diabetes Scotland Inspire Award recognising his “outstanding efforts as a volunteer” for the national charity.

Dave Duff was nominated in three separate award categories – and was declared the winner of the ‘Supporting Diabetes Scotland’ award, recognising those who have gone above and beyond for the charity and those who live with Diabetes.

Mr Duff has been involved in raising awareness of diabetes in the Moray area for more than 10 years, during which time he has built excellent relationships with local NHS bodies, healthcare professionals and MSPs to influence improvements in diabetes care.

Accepting the award Dave said: “I was very pleased to be nominated in three different categories at the awards and I was, of course, delighted to be announced as a winner. I’m very happy to be recognised for my efforts on behalf of people with diabetes in Moray.

“By supporting Diabetes Scotland and Diabetes UK in their great work, both locally and nationally, I have tried to promote understanding of the condition in the general population and have campaigned for it to be given greater priority both by NHS Grampian and the Scottish Government.”

Dave was also nominated in the ‘Supporting Others’ and ‘Campaigning and Influencing’ award categories.

Allan Kirkwood, Volunteer Development Manager at Diabetes Scotland, said: “Dave is a tremendous support to the Diabetes Scotland team and helps the charity have a strong presence in the north east of Scotland.

“He supports the Moray Local Group, raises awareness, supports people who are newly diagnosed also provides invaluable counsel through his role on Diabetes UK’s Council of People Living with Diabetes.

“There are more than 285,000 people living with diabetes in Scotland. Our dedicated volunteers help people to manage their condition, campaign to improve the quality of care available to them, and fundraise for pioneering research.

“We rely on the support of passionate individuals like Dave to help us make a positive difference to the lives of people affected by diabetes.

“The Inspire Awards are our way of saying thank you and recognising their amazing contribution to the diabetes community. I would like to extend my sincere thanks to all of our volunteers who make an enormous difference through their support.”

To find out more about becoming a volunteer for Diabetes Scotland, or to join a local support group, Email scotland@diabetes.org.uk or call 0141 245 6380.