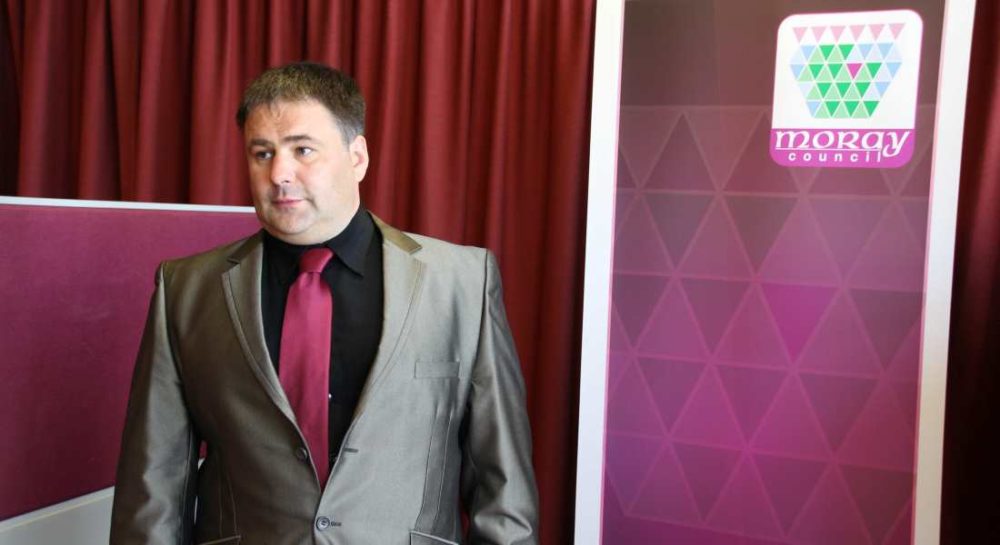 THE MORAY COUNCILLOR who broke a pre-election pledge not to join any power-sharing administrative group has been explaining his U-turn.

Heldon & Laich councillor Ryan Edwards insisted in the build up to the local council elections earlier this month that he would be a ‘truly independent’ player if returned.

In the event, he polled just ahead of former councillor Dennis Slater – who himself had made similar promises following his selection in a by-election, only to join the Independent/Tory administration weeks later.

In a statement released today, Councillor Edwards said that it took some “very long discussions and a lot of soul searching” before he decided to join the five returning Independent councillors in striking a deal with the eight-strong Conservative group.

“I do not believe in party politics at council level and have always said I am independent and I still am,” insisted Councillor Edwards, adding: “This may sound like a strange statement given my newly agreed partnership, however, moves had to be made in order to align this council and get a working administration.

“I was never going to be part of a minority administration and by joining with the other independent councillors we ensure that a majority administration is in place, without which the council would have effectively been in limbo until after the July by-election.

“I put myself forward as a candidate to represent the people of Heldon and Laich and the wider Moray community and was voted on to do that job. I have always said I would work with each and every councillor and that hasn’t changed. We, as a collective must move forward and ensure the people of Moray are being represented now – this has been the driving force behind my decision.”

Councillor Edwards added that as an independent there was no party whip that could be used – insisting that he, alongside all Independent councillors, retained a right to vote “how and where we see fit, without reprisals from either Holyrood or Westminster”.

He added: “This is imperative for me and the other councillors to move forward. I have said I will be the voice of the people across political divides and that has not changed.

“It is now time for the 25 currently elected members to come together and work for Moray as we have been voted to do.”