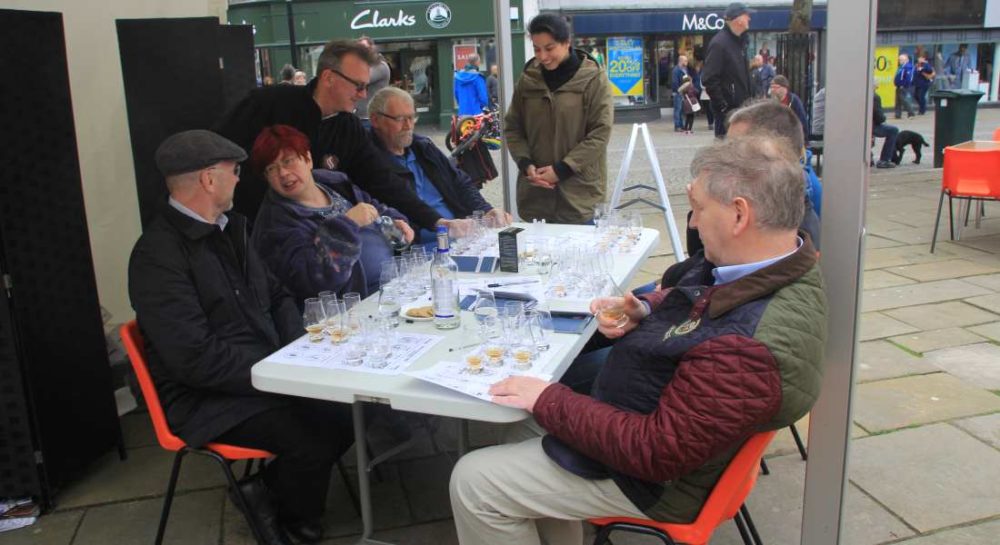 ORGANISERS OF THE five-day Spirit of Speyside Whisky Festival are claiming another major success with thousands arriving in the region from 37 different nations.

Looking over bookings for the Festival, which ended on Monday, it has been seen that this year was the best ever in terms of international appeal.

Visitors from key markets including Europe and North America came in large numbers – but this year they were joined by whisky fans from nations including Venezuela, Korea and Japan.

Data about the Festival is yet to be fully analysed but already organisers are confident that it will be one of the best attended on record. It follows a record breaking start to ticket sales in February, when 85 events were sold out in the first 24 hours and £99,000 worth of tickets were sold in just 60 minutes.

Festival chairman James Campbell said: “It has been an incredibly busy five days on Speyside and the feedback we have received from visitors has been phenomenal. Newcomers have told us they cannot believe the scale and variety of the Festival, while repeat visitors have said they have been spoiled for choice in terms of the quality of events on the programme.

“We will spend the next few weeks looking at all the data and information to see where we go for next year. It is clear that our international markets are becoming ever more important, and next year we aim to really focus on growing those.

“For the first time this year we launched a series of international judging sessions for our popular Spirit of Speyside Whisky Festival Whisky Awards, with panels taking place in the Netherlands, Canada and Germany. We aim to stage even more judging sessions overseas in 2018.”

Festival manager Pery Zakeri added that they could not have wished for a better Festival: “People now know that if they want to truly connect with Speyside whisky and have unique opportunities to meet the people who are involved in its production, then the Festival is the place to do it.”

Now attention will be turned to the ‘little brother’ of the Festival, Spirit of Speyside: Distilled which brings together the region’s whisky, gin, beer and food producers under one roof.

That took place for the first time last autumn and was very warmly received – now plans are well advanced to hold the event once more in Elgin Town Hall over the weekend of September 1 and 2.