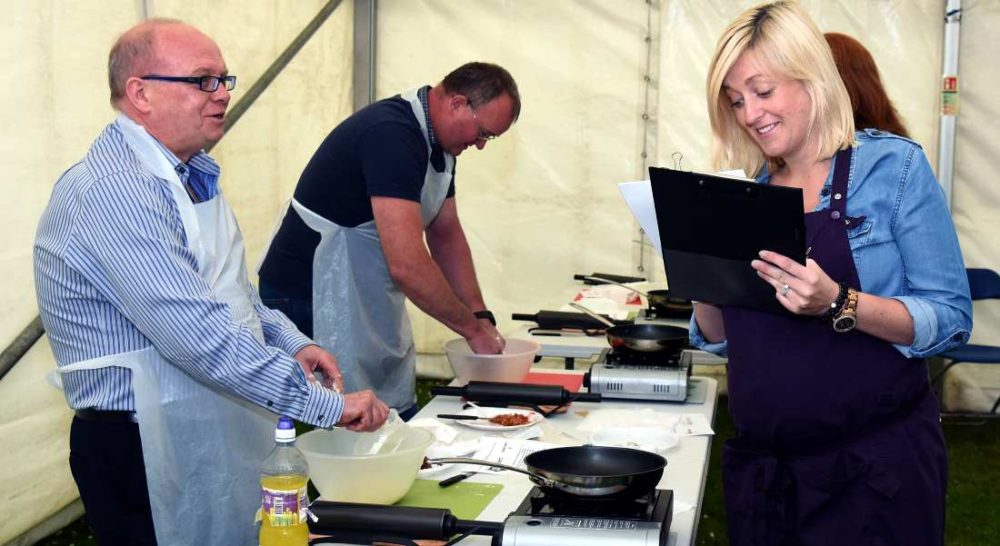 IT HAS BECOME the hottest contest of the summer – and the challenge has once again been laid down to find 2017’s World Tattie Scone champion.

The competition to find the best Tattie Scone has become an integral part of the European Pipe Band Championships, which have now become firmly established in Moray.

Benromach-sponsored Piping at Forres are once more looking for the most tasty and imaginative scone – which this year will be selected by journalist Jackie O’Brien and David Gow of Harry Gow Bakers.

The aim of the competition, which is run by Elaine Sutherland from Elgin’s Oakwood Cookery School, is to make a tattie scone using a set recipe with mashed potatoes and flour, plus the contestant’s own magic ingredient which they will bring with them.

Elaine said: “Over the years we have seen anything and everything from people using prawns to raspberries – this year, we expect no less from the competitors.

“It’s great as each year we have people who are seasoned chefs or cooks and those who have barely set foot in the kitchen. That’s what makes the contest so brilliant – you never know who is going to scoop the accolade.

In 2016 the winning tattie scone was created by Nichola Smith who used the key ingredient of raspberries.

Places in the contest are limited and all completed forms will be entered into a draw for place. Those successful in gaining a spot with be informed by email on June 19.

There is no fee to enter the Tattie Scone Championships which is supported by Carr’s Flour and Albert Bartlett potatoes other than paying for entry to Piping at Forres and participants can be aged 13 upwards.

The recipe and principal ingredients are provided but contestants are invited to bring their own ‘special ingredient’ – but they are warned there is to be no alcohol. The competition will take place at the Championships, which this year will take place on June 24 at Grant Park in Forres.