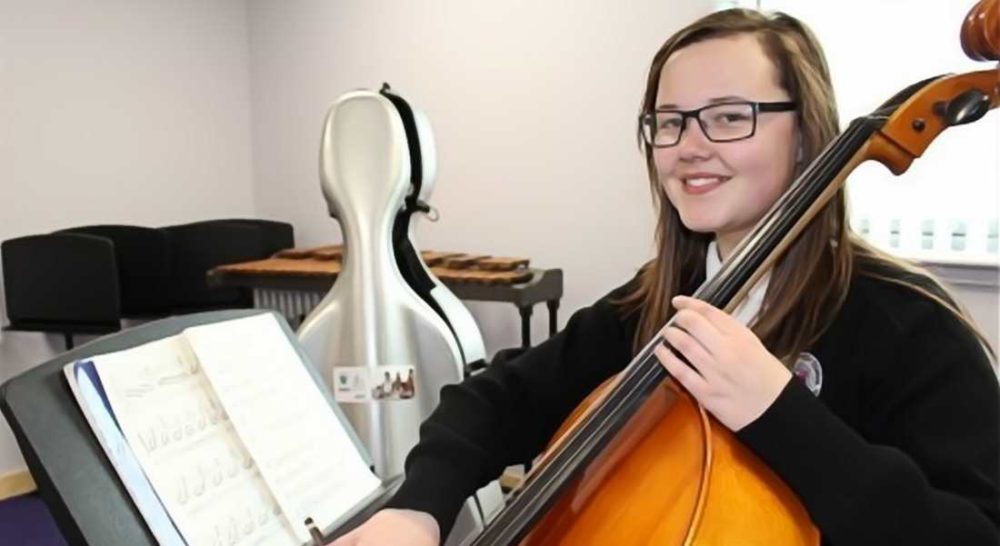 THE JUNIOR NATIONAL Youth Orchestra of Scotland will have a little taste of Moray when it performs this summer.

That is thanks to Speyside High School student Darcey Thomson, 13, who recently returned from a residential course in Perth where she rehearsed the performance repertoire.

Cellist Darcey had her performances judged by conductor Holly Mathieson – who concluded them good enough to be awarded the senior position in the cello section ahead of the orchestra performing in Edinburgh in July.

Darcey said: “I auditioned for the Junior National Youth Orchestra of Scotland in November last year with a lot of encouragement from my music tutor, John Mustard.

“The standards are really high so it is rather nerve-wracking and I had to put in many hours of practice.”

The musicians successful at the auditions then attend two residential courses in Perth with more than six hours of practice each day for three full days, culminating in a preview concert on the fifth day at the Royal Conservatoire of Scotland in Glasgow.

Darcey added: “We had amazing instructors and an inspirational conductor, Holly Mathieson, who set such a high standard and helped us achieve our best possible performance.

“For anyone who plays an instrument, I would totally recommend auditioning for NYOS as they are great fun and really develop your musical playing and confidence.”