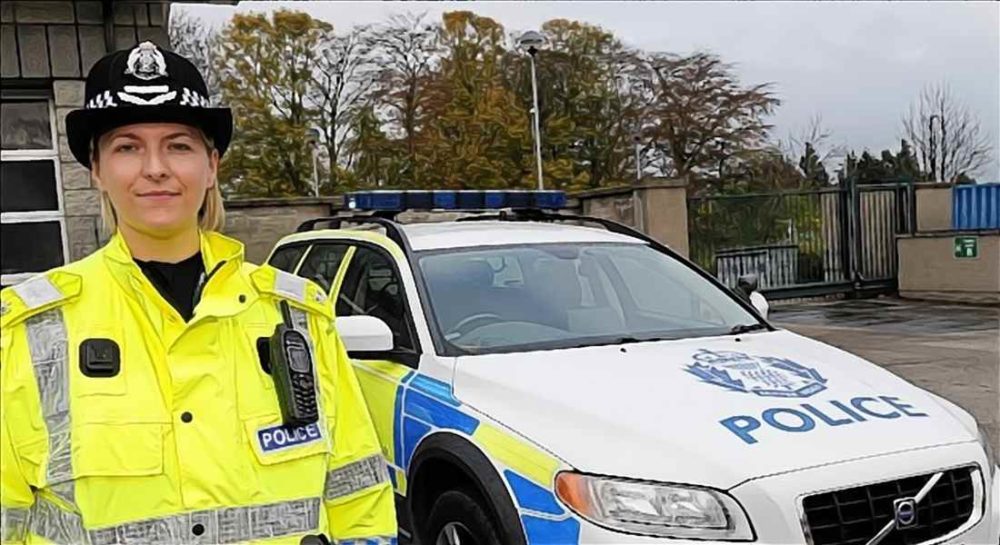 MORAY HAS JOINED education authorities throughout the North East in working with police to urge parents and guardians to work together against the dangers of young people carrying weapons.

Stats release on Thursday by Police confirms that there were 207 incidents involving young people allegedly being is possession of a weapon throughout the area between April 2016 and March this year.

Of those, 36% involved the alleged possession or use of a bladed weapon. Of those, 55 happened at primary and secondary schools – 29 in Aberdeen, 15 in Aberdeenshire and 11 in Moray. The average age of the children in schools was 12-years-old and the majority were male (93%).

In total 24 incidents were reported within a classroom followed by 15 in the playground and seven in a school corridor. Other locations included a canteen, bus, changing rooms and a locker.

Where known, reasons for carrying a weapon included to carve wood or for camping, with a number stating they simply forgot they had the weapon on them. However, more concerning, a small number of young people admitted they were carrying a weapon to threaten another person or for the purposes of self-harm.

Of the 55 incidents reported to have taken place in or around a school, 19 were recorded as a crime resulting in the young person being charged. The remainder, following thorough enquiry, were deemed not to be a crime.

The number of incidents recorded would suggest an upward trend in reporting, however Partnerships Superintendent Kate Stephen stressed that as a result of the increased focus by Police and partners to address the issue, there is a much greater awareness and significantly lower tolerance of weapon-related incidents. She is calling on all parents and guardians to play an active role in ensuring young people are aware of the consequences of carrying weapons, in the same way they would educate their children of the dangers of alcohol and drugs and the importance of exercising Internet safety.

Superintendent Stephen said: “Young people need to understand that even if they never intend on using a weapon, the act of carrying one could result in unthinkable consequences, not to mention a potential criminal record. There is no justifiable reason for ever carrying a weapon and whether or not the intention is to use it is absolutely irrelevant. Ignorance is not an excuse.

“Anti-weapon lessons continue to be provided by School Liaison and School Based Officers across the North East, while Aberdeen City Council’s #lifenotknife pledge has been successfully implemented in primary and secondary schools across the city, with Aberdeenshire and Moray Council areas looking to implement similar resources.

“To ensure we also have a consistent approach when responding to and dealing with such incidents, we have established a multi-agency response plan which includes a prompt assessment and follow-up to any incident, focussing on the support and welfare of all those involved.

“Provision of the necessary support to those involved is crucial, but by no means does this minimise the incident – a criminal offence will still be dealt appropriately where that is found to be the case.”

Supt Stephen added that prevention and education were critical, saying: “My message to parents and guardians is that Police, teachers and other colleagues can’t eradicate this issue on our own. It is vital you also talk about the dangers of weapon carrying and ensure all young people understand and appreciate the harsh reality of what could result.

“As a collective, we all need to work together to reduce the number of weapons carried in our communities.” Speaking on behalf of the Directors of Education in the North East, Laurence Findlay, Corporate Director of Education & Social Care at Moray Council, added: “Ensuring young people are safe in school is essential.

“Education and Children’s Services Directors in the North East are all fully committed to working proactively in partnership with colleagues in Police Scotland to do all we can to highlight the dangers of weapons and to encourage parents and carers to also discuss the dangers of carrying weapons with their children.

“By working in partnership we would hope to deliver a consistent message that carrying weapons is never acceptable.

“Schools rightly play an important role in shaping children’s attitudes, but parents and the wider community, clearly have an important part to play.

“We will never be complacent and will continue to work with parents, pupils and staff to underline the serious consequences of carrying an offensive weapon.”