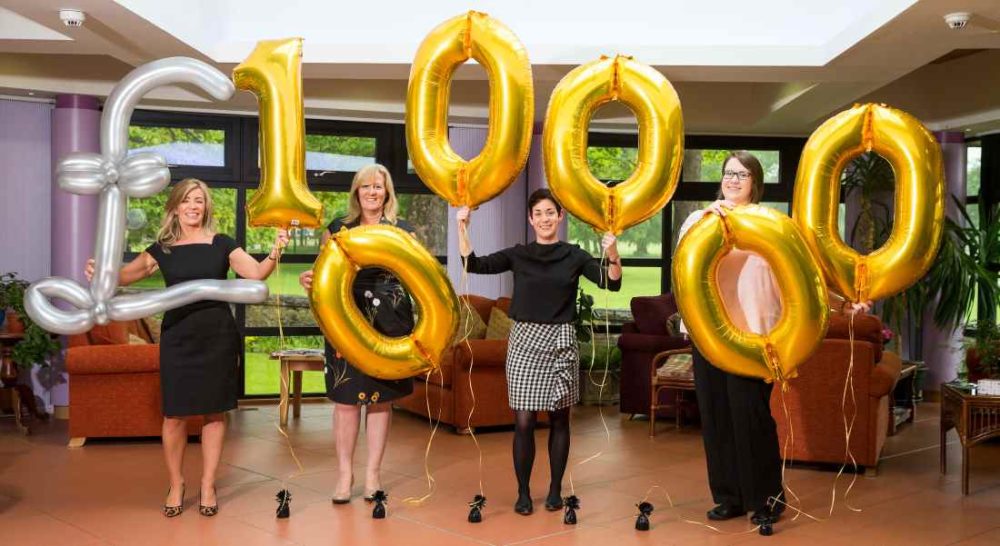 MORAY AND NORTH-EAST charity CLAN Cancer Support has been boosted with a six-figure cash fund from a UK wealth management firm.

The charity has received £100,000 from St James’s Place Foundation as part of its 25th anniversary celebrations – funding that will now be used to enhance and expand the charity’s wellbeing provision for anyone who is affected by cancer.

The funds were awarded following a successful application and presentation to the Foundation and will allow CLAN to expand its current wellbeing support services offering, diversify complementary therapies and increase its existing therapeutic services.

She said: “We are delighted to provide funding to CLAN Cancer Support following the charity’s successful application for £100,000 to enhance its wellbeing services in the area it serves across the north-east of Scotland, as well as Moray, Orkney and Shetland.

“We have a longstanding relationship with CLAN, having previously awarded funding to the organisation in 2010. I am thrilled that we are in a position to continue this support, working with the charity again as they continue to provide vital support to anyone affected by cancer in the heart of so many communities.”

Dr Colette Backwell, Chief Executive of CLAN Cancer Support, added: “The award of funding from St. James’s Place Foundation is an important step in CLAN’s continued development as we continue to strive towards providing wellbeing services which fit with the needs and expectations of our clients, not just in CLAN House in Aberdeen, but throughout our community bases.

“CLAN’s wellbeing services, which we provide free of charge to anyone affected by cancer, are such a key part of many of our client’s journeys and are so highly valued by those who use them, as well as their families and friends.

“We are very proud to have secured the funding which will have a positive long-term impact on the services we can provide, and this success is an excellent reflection on our team here at CLAN who brought our services to life for those at the Foundation.”

In 2016, the St. James’s Place community raised a record £7.6 million; this brings the total raised to over £54 million. Funds are distributed to hundreds of charities each year, with grants ranging from a few thousand pounds to more than £1 million.

Based in Aberdeen, the CLAN Cancer Support covers the whole of north-east Scotland, Moray, Orkney and Shetland.