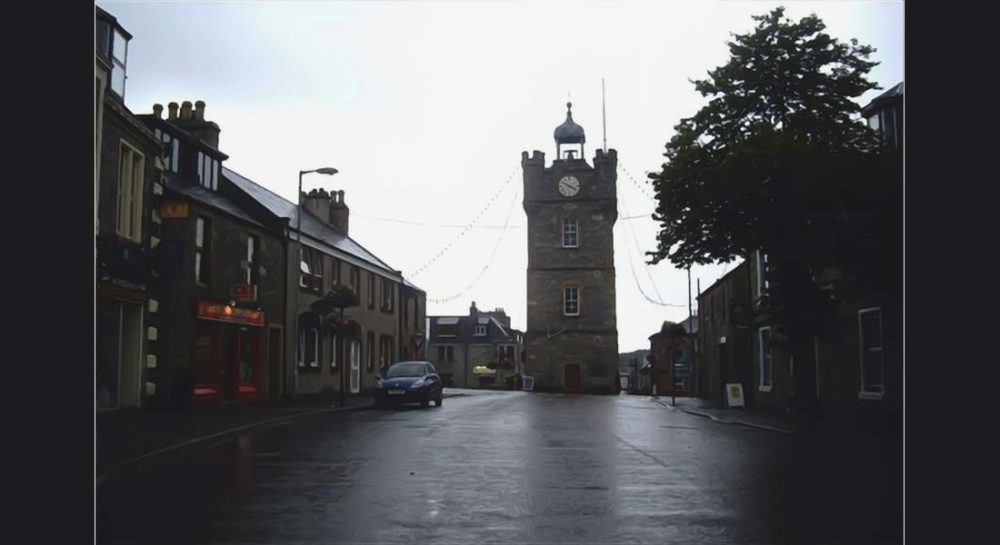 COUNCILLORS HAVE AGREED that they should enter into discussions with the local community to explore the future of a historic clock tower.

At the local authority policy and resources committee today, the unanimous view was reached that given the expressions of interest in the Dufftown building from local groups, discussions should take place.

Now council officers from the Community Asset Transfer Team will be instructed to engage with the Dufftown community and assist in forming any formal interest in taking ownership.

It seems likely that would be the case, with a recent public meeting in the Speyside town strongly in favour of a CAT bid for a building that has lain empty for some years and is in a rapidly deteriorating condition.

Committee Chairman George Alexander said that in his view it was the sensible option to enter into talks over the future for the building, adding: “I would strongly encourage the community to now come forward with their proposals.”

The clock tower, which stands in the centre of the town and dates from 1839, was declared surplus to operational requirements by Moray Council in 2005 but continued to serve as a tourist information centre until 2014.

In the event of there being no substantive proposals coming forward within the next year, a report will be brought back to the committee for further consideration.