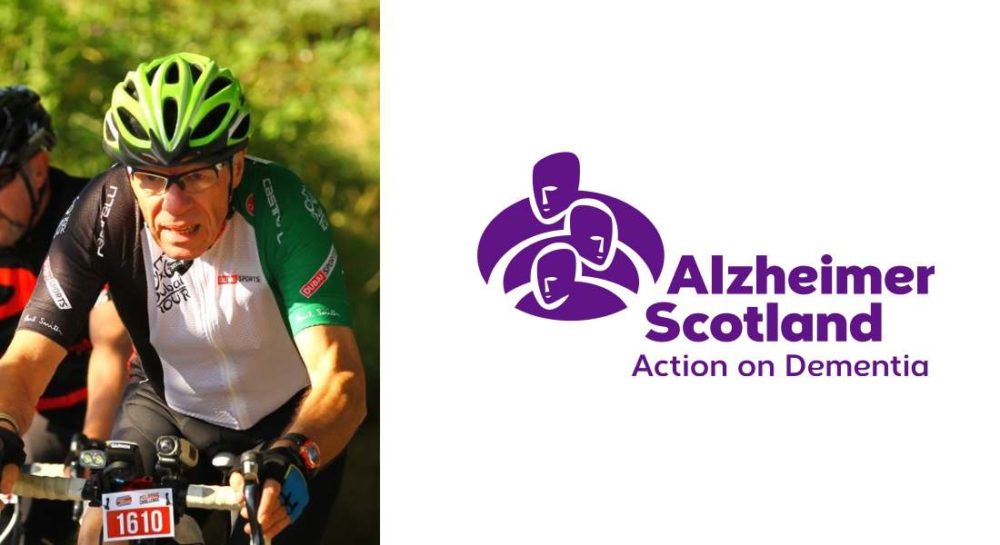 AT AN AGE WHEN most are putting their feet up and relaxing an Elgin pensioner is putting his into a set of pedals and embarking on a major challenge.

New Elgin’s Richard Kent is the 68-year-old former accountant who has never shied away from a challenge – but is as determined as ever to surpass anything he has ever undertaken before.

That is why on June 22 he will set out from Land’s End and tackle the well-pedalled 970 miles north to John O’Groats – and he expects to cover the distance in just ten days.

“The way I’m approaching the ride is to take it as two coffee stops, a lunch and a supper each separated by a 25 mile ride,” Richard told insideMoray, adding “That is much easier than saying 100 miles per day!
“I’m hoping to raise as much money as possible for Alzheimer Scotland, in particular because a family member has the illness. I am financing the cost of the ride myself so all donations go to the charity.”

While at 68 such a challenge might seem daunting to most, Richard in no stranger to testing his stamina on two wheels. He said: “While working in Dubai in 2013, I saw a poster for a bike challenge – ‘Spinneys Dubai 92 Bicycle Challenge’.

“I wondered if I would be able to ride 92k so bought a cheap mountain bike to see if I had the willpower to get out and ride on a regular basis. I soon realised that cycling was for me, so I purchased a road bike.

“The challenge went well and I was hooked on cycling, so after I retired in 2015, I joined the Elgin Cycling Club. I returned to Dubai and took part in the challenge again and in 2016 and I went back to Dubai to take part in a qualifying event for the UCI Gran Fondo World Championships in Albi, France in August 2017.”

Richard finished third in his age group then – and has since taken part in two Etape Loch Ness events as well as the Glen Moray Sportive. He has also ridden from London to Paris, covering 320 miles over four days.

“There are thought to be 90,000 people living with a diagnosis of dementia in Scotland and that figure is expected to double in the next 15 years so all support is greatly valued by the charity and those we support.”

Richard’s effort can be supported online while people can follow his training progress and the actual challenge via his Facebook page.

For more information on how you can raise funds for Alzheimer Scotland in your local area, or to find out about local events, contact Elma on emackay@alzscot.org or 07796 673130.