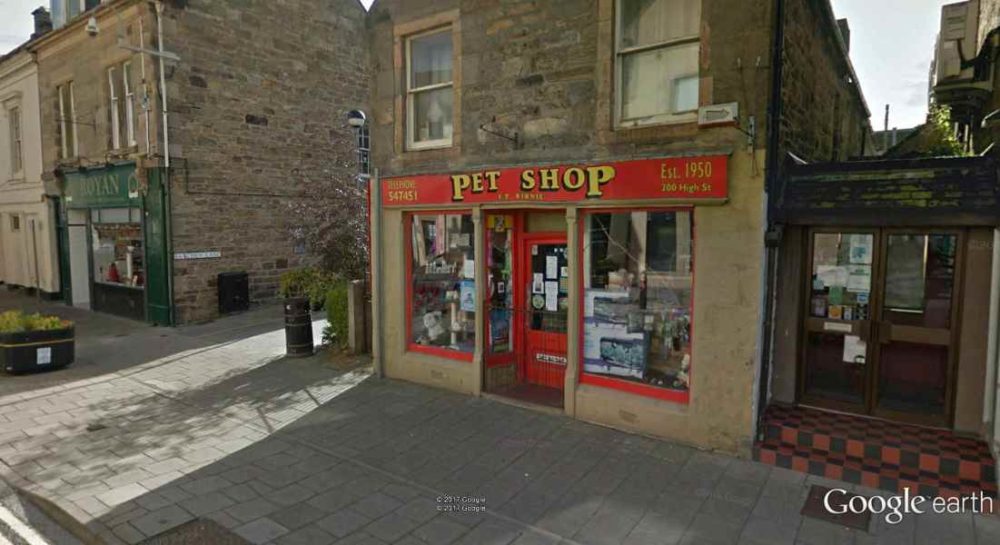 OVER 65 YEARS SERVICE to the community appeared to count for little when a rare oversight happened at a popular Moray pet store.

The F.P. Birnie shop in Elgin have moved to reassure customers that they have not closed down – but rather been forced to close their doors temporarily on a technicality.

Trouble began for the High Street shop when an oversight in applying for an annual license, which all pet shops require, led to problems for owners Andrew and Kerry Birnie. Posting on the store’s social media page, the couple apologised to customers and assured them that the issue would be sorted out as soon as possible.

Kerry said the issue was little more than a genuine error – but a simple administrative slip-up resulted in the application not being received in time. She explained: “It was a genuine error – the cheque was sent for our license renewal, but returned by Moray Council as the accompanying form wasn’t with said cheque.

“At the time Birnie made several attempts to download this form but couldn’t as the Moray Council website was experiencing a technical issue within their system. He followed the on-screen advice, then fired off the cheque to get the ball rolling.”

Unfortunately, the cheque was sent back by Council officials as they now operated a ‘new system’ that insisted on receiving the form at the same time – it could not simply be handed in later.

The situation was exasperated, however, as Kerry explained: “He somehow managed to forget to resend the cheque with the form, a genuine oversight. He could kick himself for this one, but he’s only human, these things happen to us all, one would think a reminder would get sent but no reminder came.”

As a result the store had to close when the old licence had run out – and issuing a new one was not quite as straightforward as perhaps it should have been. Even with all the paperwork in place, the licensing department at Moray Council said that it had to first be ‘approved through the appropriate channels’ – and until then, the business had to cease operating.

Kerry said that officials at Moray Council had been very helpful but admitted that there was not much they could do: “Unfortunately until we hear back, there is not a lot we can do but hope this will be resolved quickly and efficiently.

“In the meantime we will be in the shop daily to look after the animals, we can’t just close up like other shops can – the animals still need to be cared for on a daily basis.

“We are sorry for any inconvenience this may cause to our loyal customers but we will be back.”

According to the Moray Council website the local authority has the ability to allow a pet shop to trade by assuming ‘Tacit Consent’ is given – but that only applies if a licence has been correctly applied for and in the hands of the Council ‘by the end of the target completion date’.

However, a spokesman for Moray Council this morning moved to reassure the shop owners that there was no need to completely close their premises, saying: “We appreciate that oversights like this can happen – and we issue a reminder to licence holders a month in advance of the expiry date.

“We also allow a one month period of grace after that. In this case it is some time since the licence expired and we have only recently received a valid application which is being dealt with as quickly as we can.

“We have already assured the business that there is no need to close the shop completely in the meantime. The only restriction is that they cannot sell any animals until the new licence comes through, which we hope to be in a position to issue shortly.”