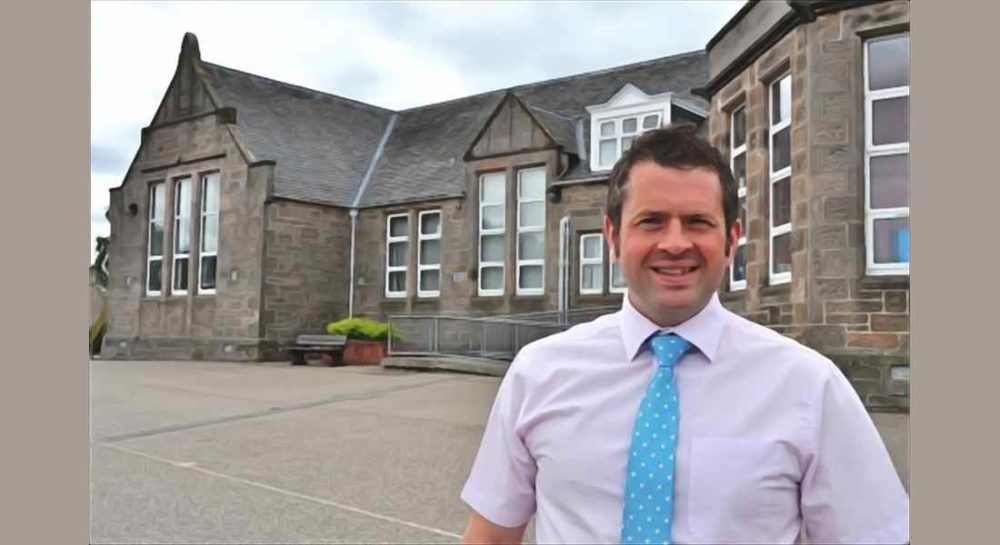 AN ELGIN PRIMARY SCHOOL will welcome a former pupil as its new Head Teacher after the summer holidays.

Stuart McQuaker, 35, is to take up an appointment in charge of West End Primary when school returns from the break – replacing Gordon Barron, who himself was a school ‘old boy’.

Mr Barron retired at Easter having served the school for 24 years.

Mr McQuaker was at the school for three years when his family moved to Elgin from Glasgow and went on to spend his secondary years at Elgin High School before studying at Robert Gordon University.

He worked in a building society for a number of years before returning to University to complete his teaching qualifications, spending a probationary year at New Elgin Primary. Six years ago he was appointed as an education support officer at the Moray Council HQ with responsibility for classroom ICT and technology.

In recent years he was seconded as acting depute at Millbank Primary in Buckie and acting head at Burghead Primary.

Married to educational psychologist Lori, whom he met while working in New York during his student days, the new Head Teacher said he was looking forward to his new post, adding: “It means that much more to me because I was once a pupil here myself.

“There can’t be many schools with successive head teachers who can claim to be former pupils.”