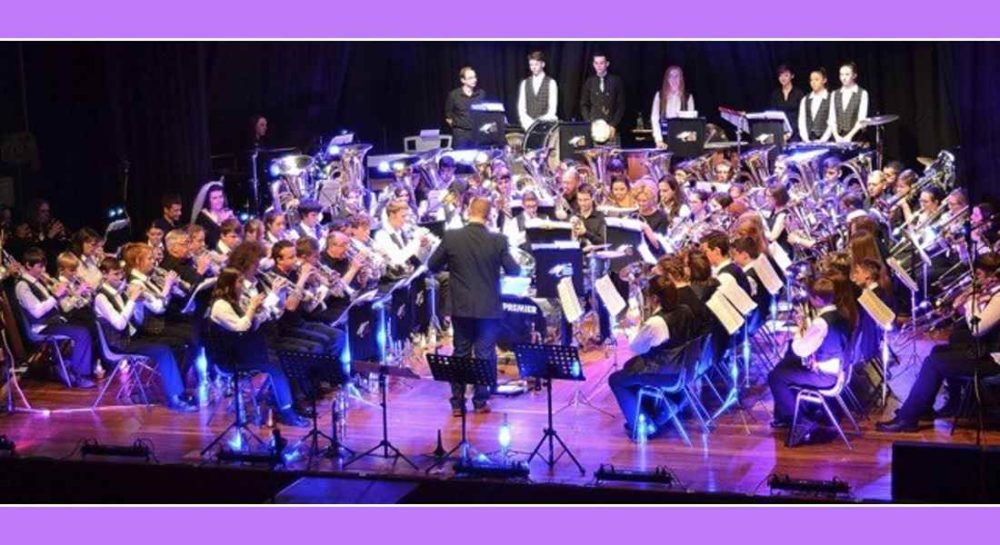 SCHOOL’S OUT FOR SUMMER and to celebrate the school year in style Moray music lovers are being urged to head for the Eight Acres Hotel in Elgin at the end of the month.

That is where Moray Concert Brass is set to entertain with what they are guaranteeing will be an evening of fantastic music.

The show on Friday, June 30 will have something for every musical taste, with conductor Glenn Munro saying it aims not only to commemorate another successful year for the band but is part of its 25th Birthday celebrations.

Glenn said: “We had an amazing weekend at the beginning of the month when world class trumpets, Rex Richardson and Mike Lovatt joined players old and new on the stage at Elgin Town Hall for a truly amazing concert to mark the bands quarter of a century.

“We hope we can continue the party atmosphere at this concert as we play some of our favourite music in a relaxing atmosphere full of high spirits at the thought of the summer holidays.”

The band will this summer head out once again on a 12-day tour, performing in Holland where they will once again act as ambassadors for Moray and its young musicians.

Moray Concert Brass, is part of the Moray Council’s Music Centre, run by the Musical Instruction Service, and conduct regular concerts throughout the area raising money for both national and local charity as well as fundraise for their tours.

The Eight Acres event will begin at 7.30pm with doors opening half an hour earlier – tickets are priced at just £6 for adults and £4 for concessions with refreshments also available. Anyone requiring further information should contact Glenn at glennmunro42@gmail.com