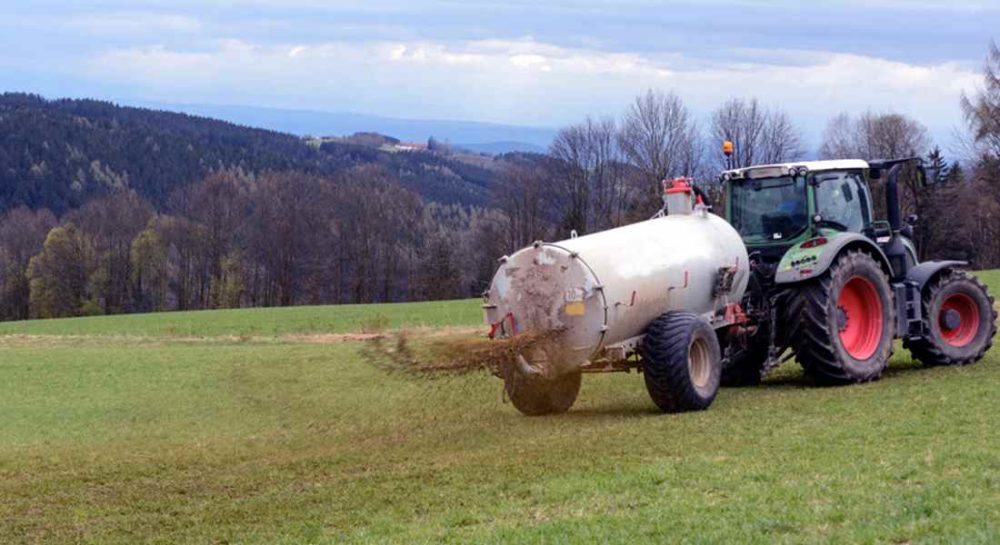 A rare submission in the form of a letter to insideMoray – who knows more about ‘robust debates’ on social media than most!

We will go with this in full, as our correspondent tells it better than we could!

“Sir. There is a robust debate under way on the Dufftown Speirins Facebook group  at the moment about a strong odour that has pervaded the local air in the past few months.

“This seems to be related to the spreading of distillery biodigester residue slurry on the fields in the district and seems to be affecting areas as far away as Rothes and Huntly as well. It has replaced the slightly sweeter smell of the pot ale that was increasingly being sprayed – and appears to now to have taken up permanent residence in Dufftown and its environs.

“Inevitably the objectors to the pong have received back comments based on the argument ‘why live in the country if you don’t like the smells’, ‘It’s part of living in the country’, ‘if it wasn’t for the distilleries and the employment they bring there wouldn’t be a Dufftown’ etc. Also that “it is just done every 3 weeks and is gone in a few days’.

“This is a new profitable income steam for farmers and local hauliers and since the residue is considered to be relatively non-toxic and good for the soil it is not difficult to see why this view should not be taken by the farming community and those connected to it.

“Personally, I have absolutely no issue with the occasional and seasonal pungent smells and noises that emanate from farming activity. As has been suggested, it is an expected character of the agricultural countryside and been around for generations. Nothing wrong with the occasional smell of natural **** and sound of harvesting late into the night.

“Residents, however, are slowly coming to realise that this odour is unlikely to ever go away. The distilleries have invested millions in these biodigester plants to presumably recover energy costs and remove the trace toxins in pot ale.

“The industry is booming and along with it the waste to be disposed of. Naturally it is more efficient and environmentally friendly to do this locally. On the farms around Dufftown the three week cycle, if that is what it is, just allows time to work through all the fields before starting again. A neighbouring farm carrying out the same activity is probably on a different cycle anyway.

“Those that take the view that since they are not bothered by the smell neither should others (“… It’s not like someone has died or anything”) are being crass. If someone made them constantly eat a food that they did not particularly like the taste of they would soon realise this and undoubtedly have a rather different view about having to endure something forced upon them.

“Smell is one of our most important senses and contributes greatly to how we experience the quality of our surroundings. At the moment, many residents and visitors are enjoying the sight of wonderful blossom but are struggling to smell it!

“It would be fair to suppose that most visitors to Scotland come with the expectation of clean fresh air to match the natural beauty and scenic splendour portrayed to them before they came. Those coming to Dufftown are therefore likely to be in for an unexpected surprise and, as their comments filter through and influence others, there is almost certainly a price to pay for those involved in providing visitor accommodation and related services.

“Most are self-employed and, in an increasingly competitive world, have been making exceptional efforts to ensure that their clients experience the best that Scotland, and this region in particular, can give.

“A widespread pervasive pungent odour largely removes the opportunity and likelihood of ever being able to make this the all-round world class offering it has the potential to be. Unless this issue is somehow robustly addressed the once pleasant local environment will be permanently degraded and the inevitable decline in positive reviews and visitor numbers will have an impact on this part of local economy and the lives of those who’s income depends on it.

“I believe residents have a right to expect a reasonable level of amenity, particularly where this was the reason for them to invest everything to live there and don’t have an easy option to move. Having a pungent slurry spread onto local fields almost every day throughout the year is not something they might reasonably have expected!

“My understanding is that Environmental Health agencies are aware of the situation and are ‘monitoring’ it. It will be interesting to see whether there is ultimately anything that can do to remove or significantly lessen the impact that this new feature is having on the quality of Dufftown’s local environment.”