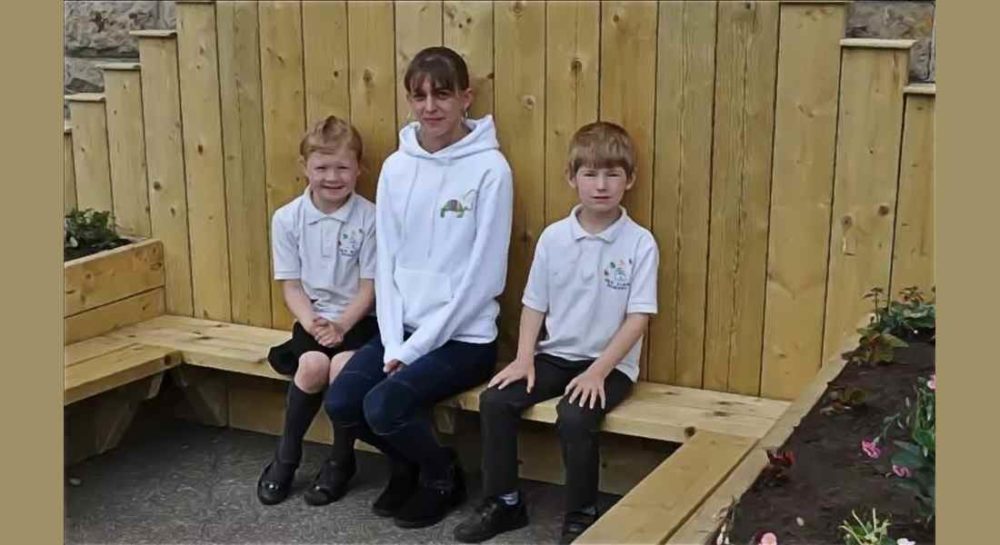 A TOUCHING TRIBUTE has been made by children at a Moray primary school who lost a classmate in a terrible road accident in Elgin earlier this year.

A new bench has been installed at New Elgin Primary School where Kieran McQuillan was a P2 pupils.

Kieran died in an accident involving a van while he was playing near his home on April 7. The bench has a plaque reading: “Sit, laugh, smile and remember our friend Kieran 2.4.10-7.4.17”.

The bench is identical to one in the school’s playground on which Kieran would often sit before the start of classes. It was the school’s parent council who decided to proceed with a disco just days after Kieran’s death and then donate proceeds to a memorial. School funds were used to meet the balance of the cost of the bench.

Kieran’s mother, Mary Johnston, returned to the school on Wednesday for a short ceremony in which all Kieran’s P2 classmates took part, with head teacher Ellie Pirie explaining to them how the memorial bench came about.

A rowan tree which will flower each year around the time of Kieran’s birthday has also been planted in the playground in his memory.