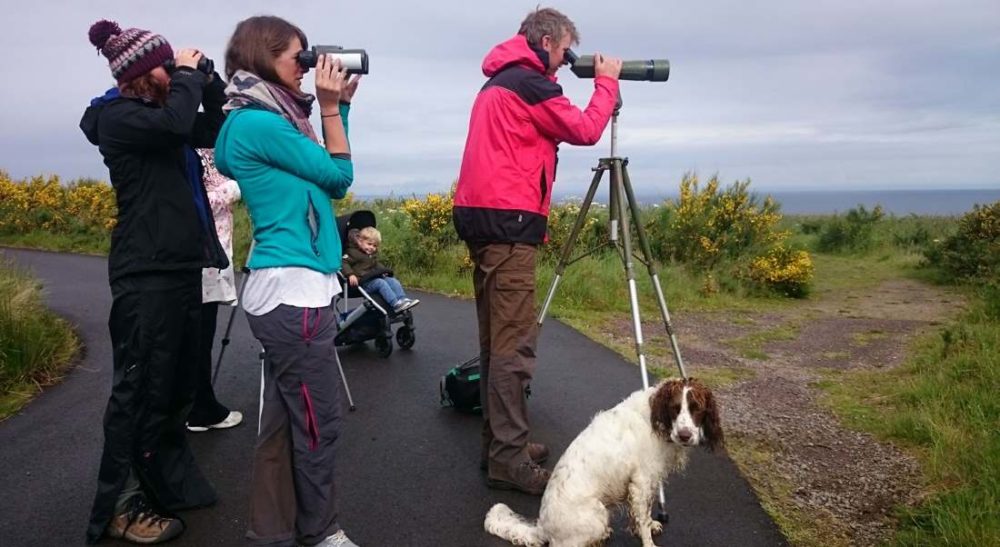 WHALE AND DOLPHIN Watchers in Moray were celebrating the sight of a rarely seen pod of sperm whales leaving the Moray coastline on Monday!

While the sighting of the six whales off the coast at Burghead brought some excitement, it also brought concerns for their safety as experts feared the water too shallow.

Sperm Whales are a rare sight even in the rich waters of the Moray Firth, with the last sightings believed to have been seven years ago. Local whale watcher Steve Truluck said that the group spotted at around 7am were young males who appeared to be stressed as the water they found themselves in was too shallow.

“The whales were cruising along the surface of the water – it was amazing to witness,” Steve said, adding: “I was hoping, however, that they would turn north and head out to deeper waters.

“At this time they should be in Norway or thereabouts – so it was unusual that they were off the coast of Moray.”

In 2016 there were many sightings of the whales all along the North Sea coastline, mainly bachelor groups similar to the one seen yesterday. Steve said that this time the whales did head back towards the deeper waters in the north, saying: “After over three hours they headed so far north we could not see them, which was the best outcome.”

Sperm Whales can grow to as much as 62feet in length and will dive as deeply as two miles – holding their breath under water for around two hours.

Last week Steve revealed that the Burghead Headland Trust has invited the public to learn more about whale and dolphin sightings by taking part in ‘BigWatch@TheBroch’ over two days on June 10 and 11.