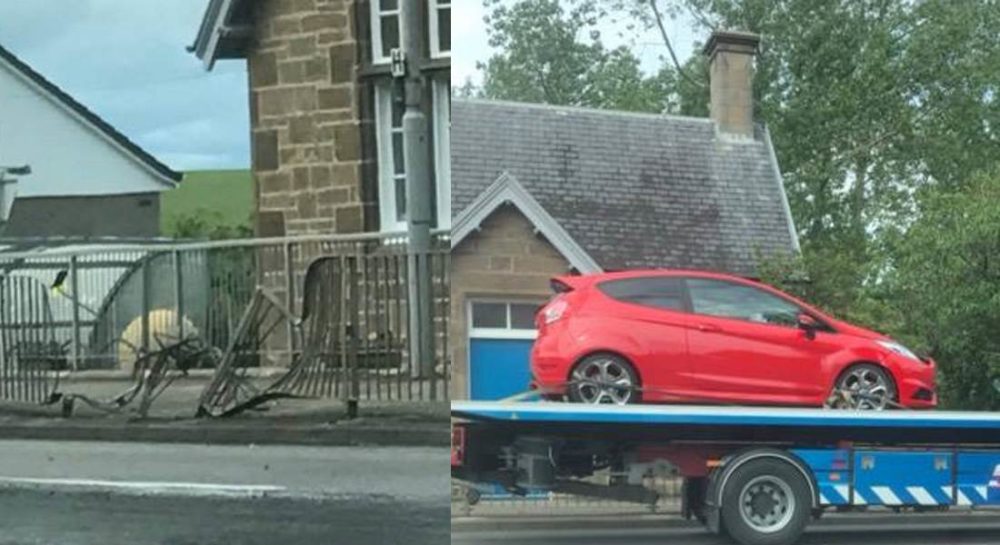 CONCERNS OVER THE safety of a local community have intensified after a car careered into railings alongside the local primary school.

Campaigners in Alves have for some time been asking for stricter speed limits to apply and monitoring to be undertaken on traffic using the A96 through the village.

Now Moray’s MSP Richard Lochhead has written to the head of Police Scotland in Moray, seeking confirmation of the crash that left barriers by the Alves Primary School damaged.

He has further highlighted the concerns being expressed by local people over dangerous driving through the village that is a serious danger to pedestrians.

The latest incident comes just weeks after the MSP offered his support to concerns over safety in the village.

Mr Lochhead said: “I was concerned to learn of damage to the railings outside the school in Alves and it certainly adds weight to my constituents’ fears about road safety in the village.

“Following the initial concerns expressed by residents, Cllr Amy Patience and I wrote to Transport Scotland, Police Scotland and The Moray Council, calling on them to work together to investigate what can be done to address constituents’ concerns about pedestrian safety and dangerous driving on the A96 corridor through the village.

“The damage to the railings deepens concerns and effectively demonstrates that the authorities need to give their serious attention to this stretch of road, which runs alongside a primary school and is crossed by children on a daily basis.

“In the first instance, I have written to Police Scotland’s Area Commander for Moray seeking confirmation about the accident.”

Alves resident Alan Taylor said: “Thankfully no-one appears to have been injured in this instance. Hopefully the agencies involved with our concerns about the A96 through Alves and past the Primary School will sit up and take notice of how serious this could have been.”