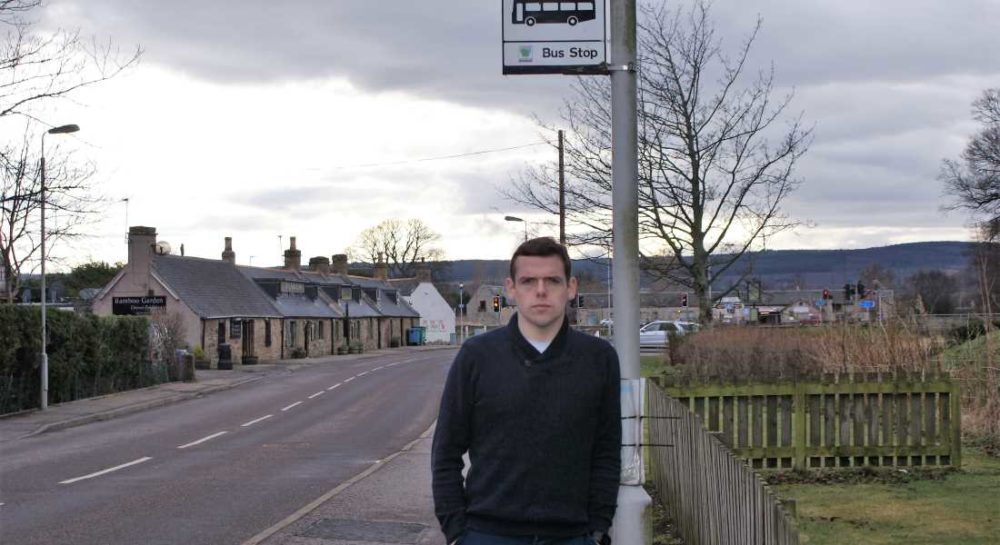 LOCAL BUS COMPANIES in Moray are being urged to consider taking over services in the region that have been withdrawn by Stagecoach.

Moray’s MP Douglas Ross has written to companies asking them if they might take over routes that once served Forbeshill in Forres, Roseisle or the town service in Elgin – all of which were withdrawn by Stagecoach.

Mr Ross said: “I have been contacted by a number of passengers from throughout Moray who have been affected by the loss of these services.

“Many of the regular passengers are elderly and struggle to walk very far and now feel like prisoners in their own home. Their only other option is to try and get the Dial-a-Bus service which has to be booked at least 24 hours in advance, or to get a taxi which can cost anywhere between £10 and £15, which just isn’t possible for a lot of them.

“I recently wrote to Stagecoach asking them to consider adding a stop at the bottom of Forbeshill in Forres, just a small detour from the regular route, and asking about the Roseisle service, but disappointingly they have declined, due to commercial reasons.

“These passengers are meantime left stranded, and there is also a similar situation in Elgin at the South Lesmurdie, Pansport and Bishopmill areas. With that in mind and following discussion with several constituents who came to see me at my surgeries, I have written to other local bus companies to see if they could provide some sort of service.

“I realise that it is a big ask but I am very disappointed with the response from Stagecoach. I hope that these companies might be able to come up with some sort of solution for a way forward.”