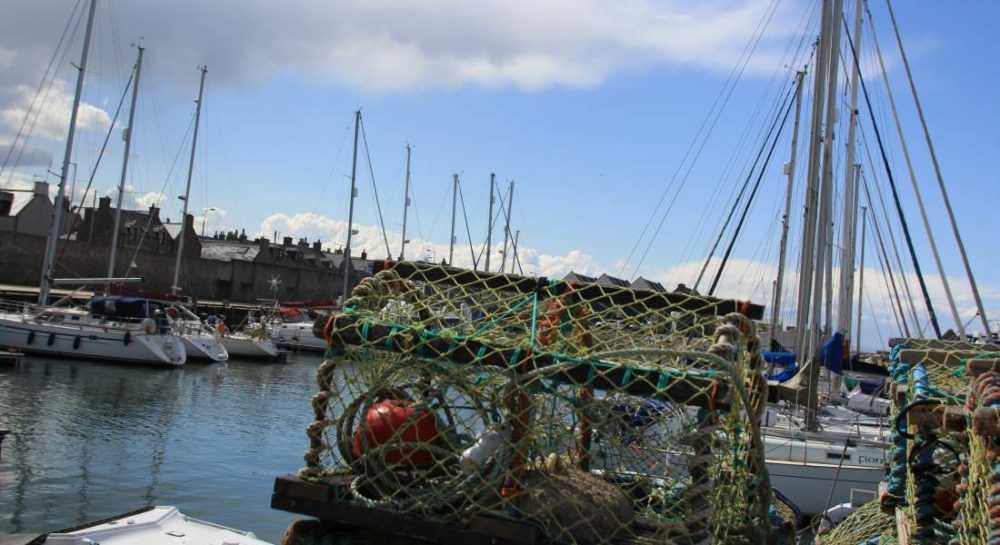 A REPORT PUBLISHED by Creel Fishermen on the West Coast could have repercussions for prawn and scallop fishing around the country.

The Scottish Creel Fishermen’s Federation are seeking changes that would see trawlers being banned from operating on inshore waters – and have asked that the trawler’s allocation of prawns be transferred to their fleet.

In a document published by the SCFF a call is made for the reintroduction of a three-mile limit that would prevent trawling on inshore waters. Such a restriction had existed for around 100 years but was lifted in 1984 to allow inshore trawling – mainly for prawns.

The SCFF chief executive Alistair Sinclair said: “We are currently only afforded 15% of what is available out there – if we had the ability to fish more we could create so many jobs, it would be an unbelievable turnaround for the inshore fleet.”

The Scottish Government has said that they plan to pilot ways of keeping the two fisheries groups apart by designating areas for their sole use.

However, Bertie Armstrong, the chief executive of the Scottish Fishermen’s Federation, said: “The report seems to demand a return of a three-mile fishing limit, which for good reason was abandoned 33 years ago.

“Careful reading of the report reveals that what is actually being demanded is the exclusion (and therefore demise) of two sustainable, profitable catching sectors – prawn trawling and scallop fishing – from inshore areas, in favour of another sector. This ignores the fact that the present arrangement – a mixed inshore sector – has evolved in accordance with available resource and market demand.

“The report calls for the removal of resource and sea space from Peter, to be awarded to Paul. The logic used is the fact that a live creeled prawn is worth more than a trawled one. That is correct, but the argument in the report is equivalent to the observation that diamonds are worth more than iron ore, therefore all miners should seek diamonds.

“The hallmark of the report is the assumption that static fishing gear is good and mobile gear is bad. Working backwards from this assumption, a convoluted case is laid out using lightweight pseudo-economics.

“The report seems to have been sent to the Scottish Government – the response of the Cabinet Secretary responsible for fishing is awaited.”