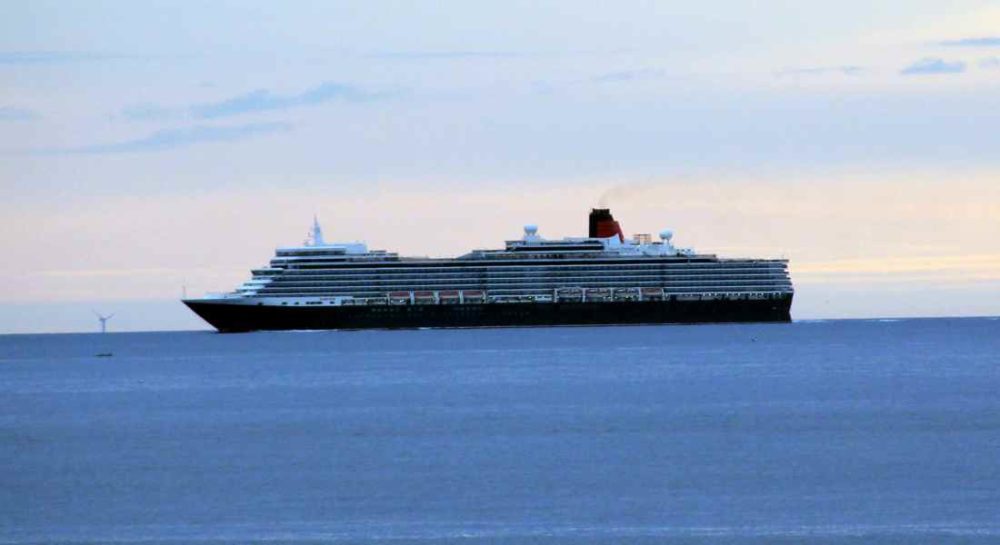 News travelled fast around the region as people flocked for a glimpse of the aircraft carrier as she continued her sea trials off the Moray coast.

The largest vessel ever built for the Royal Navy may have been no closer than eight miles off the coast, but those with binoculars and long lenses were able to look on as she twisted and turned in manoeuvres designed to test her capabilities.

Merlin helicopters from 820 Naval Air Squadron, current deployed at RAF Lossiemouth, buzzed around their flagship while several private boats crept out for a closer look – but, wisely, keeping their distance.

Standing at Lossiemouth’s West Beach was Malcolm Turner – ironically, from Portsmouth where he expects to see the Queen Elizabeth regularly: “I was checking insideMORAY’s Facebook group when I noted the messages on Tuesday about HMS Queen Elizabeth being in the vicinity.

“She looked quite magnificent through my binoculars – a fantastic sight. The interest in her is amazing but what you would expect from a very military-orientated place, I first came here when I was in the Navy myself and have been coming back every chance I get.”

HMS Queen Elizabeth is expected to remain on the Moray Firth or nearby throughout her current six-week sea trials.

Meanwhile the Navy ship will be joined today at Invergordon by her cruise ship namesake.  The cruise liner Queen Elizabeth was capture by insideMORAY at 5.30am this morning cruising past Lossiemouth – heading for the Highland port where she will pass HMS Queen Elizabeth, currently anchored nearby on the Moray Firth.