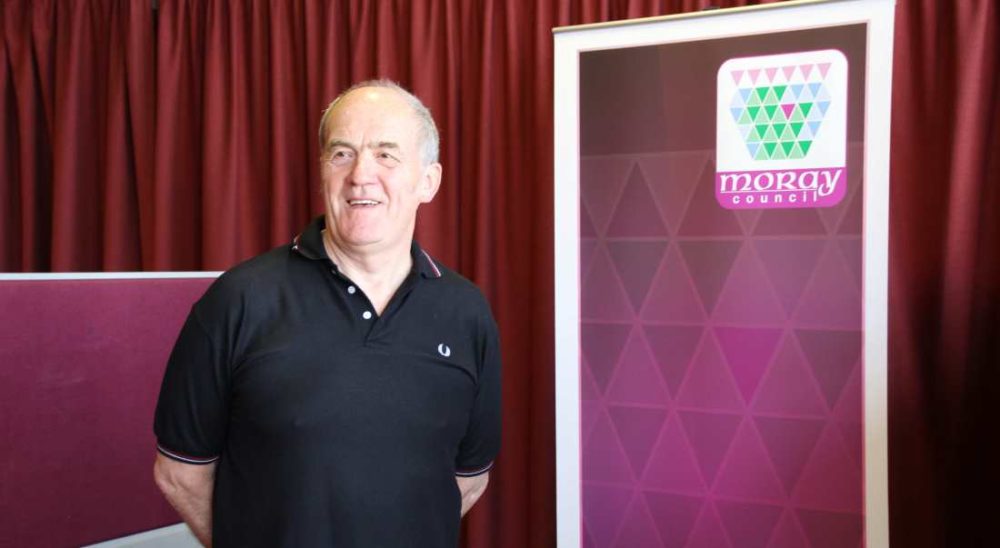 MORAY COUNCIL LEADER George Alexander has insisted that while finances for the local authority may “get a bit tight” the administration group remain confident they can see a way through it.

Councillor Alexander’s comment came on the day Elgin City North voters went to the polls – and while their decision announced later this morning will not topple the ruling Conservative/Independent administration, it could place them in either a slightly weaker or slightly stronger position.

insideMORAY caught up with the Council Leader at RAF Lossiemouth yesterday where he was attending the announcement on the future P-8A Squadrons that would operate from the base.

Asked if he felt that, despite the financial challenges facing the local authority, things were looking brighter in the region with more businesses seeking to invest and an increasing number of closed retail shops finding new owners.

He said: “It is unfortunately the position we find ourselves in because it is not of our own doing. The Moray Council is mainly financed by the national governments, over the years they have been reducing – whatever people tell you – they have been reducing the money we receive and increasing the responsibilities that we have to address.

“It might be the case that things get a bit tight, but we are working on that and I’m quite confident that we will see our way through it.”