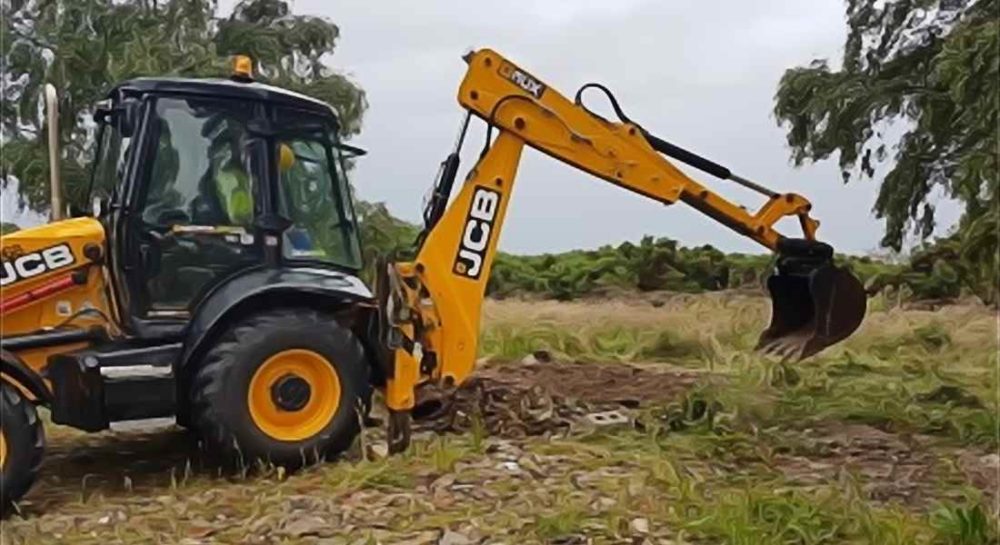 A THREE YEAR LONG SAGA over a controversial site on the Findhorn to Kinloss road has ended with bulldozers moving in as Moray Council took enforcement action.

The development consisted of a fenced-off yard with rubble hardstanding that had been created without planning consent.

A government inspector looked at the site being used to store building materials and a variety of storage containers and described it as “unsightly”.

Retrospective planning consent was sought in November 2015 – but that was refused two months later on the grounds that the site was located inside the Findhorn Bay coastal protection zone. It was also refused on road safety issues.

Owners Seaview Caravan Park appealed that decision – but the refusal was upheld by the Local Review Body at a hearing in May. An enforcement notice was served and appealed by the owners to the Scottish Government’s Planning & Appeals Division (DPEA). This was also dismissed in December 2016.

Describing the compound as ‘unsightly’, the DPEA’s appointed Reporter, Chris Norman, said: “The discontinuation of the land for storage purposes, the removal of the unsightly hardstanding and the items stored upon it, and the removal of the boundary fence surrounding the unlawful use are all necessary to protect the appearance of the undeveloped coastal landscape and abate the injury to amenity caused to the locally designated area.”

Protracted negotiations between the council and applicants over the removal of the compound failed – so on Thursday staff from the council’s planning enforcement team and Direct Labour Organisation (DLO) arrived on site to remove the development.

Although the applicants had taken the fence down the day before, a council JCB was required to dig up the hard standing and rubble base to return the site to its original condition.

A spokesman for Moray Council said that compliance with planning law was essential to maintain a balance between the built environment and Moray’s natural landscape, adding: “Taking enforcement action is always a last resort for the council, but we will not shy away from using it where necessary.”