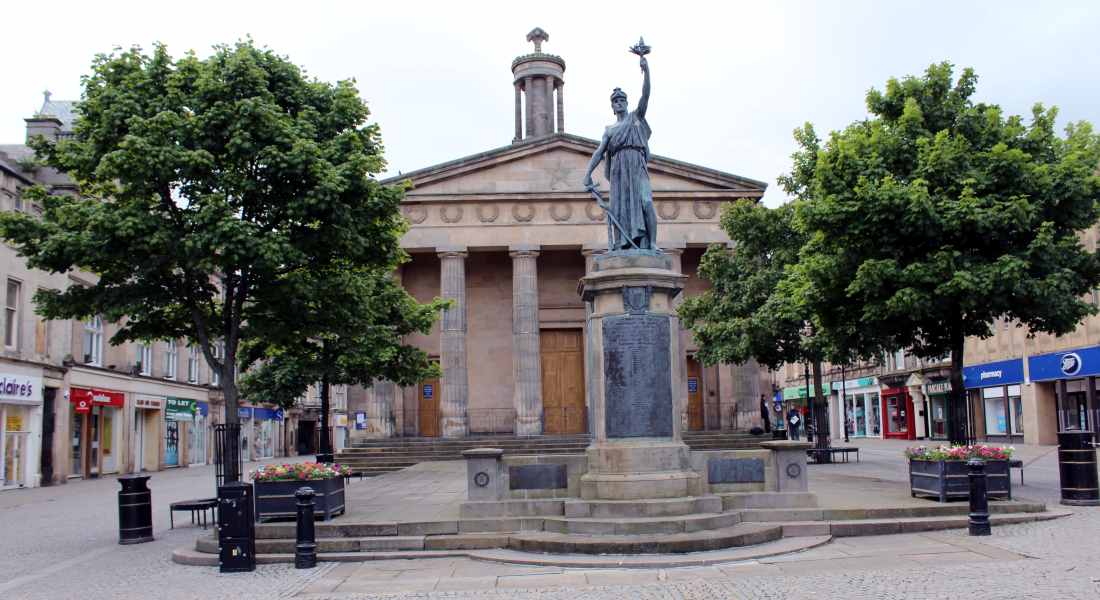 MARKET STALLS SET UP in Elgin earlier this week did not have permission to be there – resulting in police forcing them to pack up and leave.

The incident prompted a warning from police that anyone setting up such stalls without the correct licensing from Moray Council would meet a similar fate.

Inspector Kenny McGeough said that his licensing team was taking a “very proactive approach” and would identify unlicensed traders and halt their activities.

He added: “Any individual who intends to sell in a public place must have a valid street traders’ licence – and it is a personal and professional responsibility to ensure such a licence is valid.”

The unlicensed stalls had been trading throughout Wednesday morning before police, acting on information received, called a halt to their activity when none could produce a valid licence.

One insideMORAY reader who observed the eviction said: “It was like a scene from Only Fools and Horses – except these guys did not appear as sharp as Del-boy by having a ‘Rodney’ to act as lookout!

“The growth of market stalls in Elgin is a good thing – but surely has to be properly controlled if it is not going to have an adverse impact on local businesses.”

Police say they have compiled a report for the Procurator Fiscal. Traders should contact Moray Council for details on how to obtain a licence.