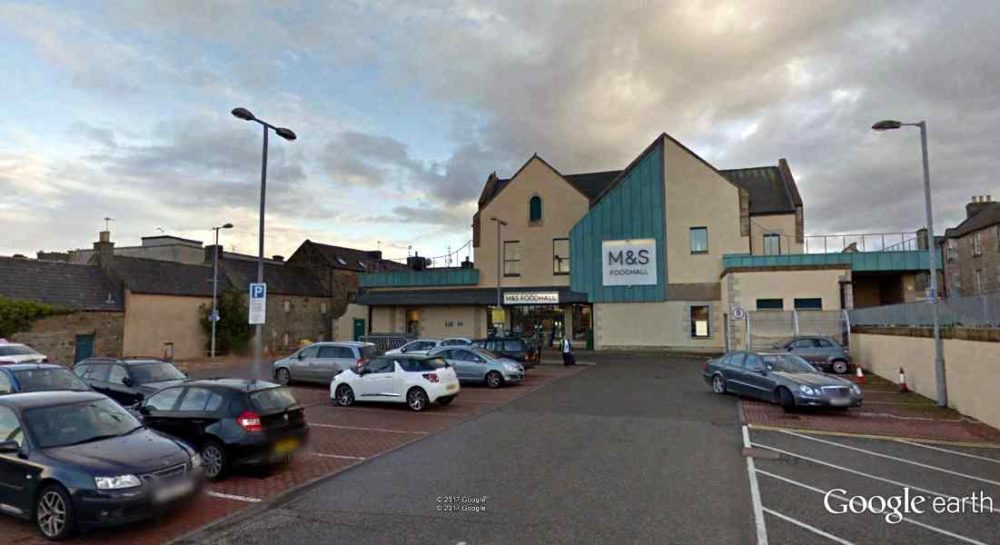 AN EVACUATION OF an Elgin supermarket was carried out on Thursday after smoke was seen billowing from its upper floors.

Firefighters raced to the Marks and Spencer store while police sealed off the area after the alarm was raised at around 10.30am.

Fortunately there were no injuries with subsequent investigation revealing the fire had been caused by a fridge located in a storeroom – causing only minor damage.

A Fire and Rescue Service spokesman said: “When we initially attended we treated it as a building fire – but after investigations it was established it was actually a refrigeration unit that was on fire in the cold storage area.

“We used two fans, four breathing apparatus and a thermal imaging camera – we left the scene at 12.15pm.”

A Marks and Spencer spokesman later confirmed that the store had been closed for around two hours as the emergency was dealt with, staff having been posted at key points to keep the public from entering the building.

The spokesman thanked customers for their patience and confirmed it was ‘business as usual’ at the popular store.