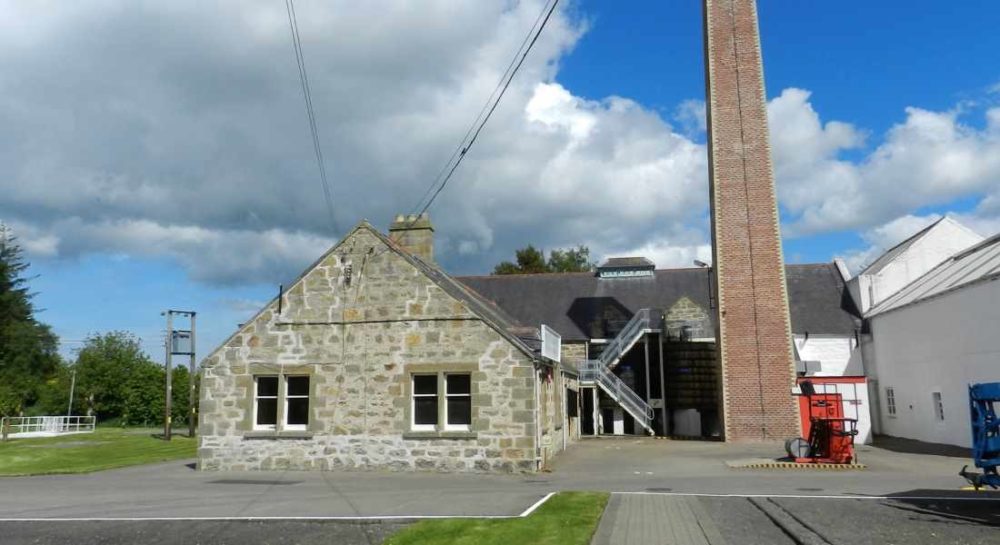 A STENCIL USED to mark barrels of whisky in a Speyside distillery has been revealed as one of the top 25 objects to have shaped Scotland’s history in a stunning new E-Book.

The stencil joins other items appearing in the list including a Roman distance slab, a medieval football, Antarctic goggles, a carved footprint and a dancing fiddle.

The Dallas Dhu barrel stencil is a brightly-polished copper stencil with a handle, bearing the words ‘Dallas Dhu, Benmore Distilleries Ltd’. It is a semi-circle, around 18 inches wide and 12 inches high and is believed to date back to the 1920s, when Benmore bought the Forres-based distillery.

The barrel stencil is on display at Dallas Dhu Distillery, a 4-Star Visitor Attraction, where visitors can also get a much closer look at the distilling process than at many other operations.

Compiled by an expert panel for Scotland’s Year of History, Heritage and Archaeology 2017, the 25 objects cover over 5000 years of Scottish history and the length and breadth of the country, from Shetland to Dumfries & Galloway.

The objects were chosen based on chronological and geographic spread alongside their individual interesting stories. The final 25 were chosen by a panel that included representatives from Historic Environment Scotland, National Museums of Scotland, Society of Antiquaries of Scotland and VisitScotland.

VisitScotland hopes that visitors will go on a trail this summer to discover as many of the objects as possible and in turn discover more about Scotland’s fascinating past.

Whisky has been drunk in Scotland for many centuries – but the first commercial distilleries only started appearing in the late 18th century. Built in 1898 and originally named Dallasmore, the distillery was quickly sold to Wright and Greig to supply malt for their popular blend, ‘Roderick Dhu’, named after a character in Sir Walter Scott’s novel Lady of the Lake. The distillery was renamed Dallas Dhu at this time, and also produced a fine single malt. It has changed ownership several times since then, including Benmore Distilleries – but ceased operating commercially in 1983. Historic Environment Scotland took it over in 1983 in order to preserve it and help provide a unique insight into how whisky was distilled back in the 19th century.

Jo Robinson, VisitScotland Regional Director, said: “With important historical and cultural links to Scotland’s renowned whisky-producing region, it is fitting that the Dallas Dhu stencil should represent Moray Speyside on this list as one of the top 25 objects we think best represent Scotland’s rich and colourful history.

“But it is by no means an exhaustive collection and we know there will be many more out there that people want to add!

“We chose items that were not only important to the history of the country, but also had an interesting narrative behind them and would inspire people to find out more.

“Scotland’s history, heritage and archaeology are among the top reasons for visiting Scotland. 2017 is the year to delve into the past and discover Scotland’s fascinating stories through a wide-ranging, variety of new and existing activity to drive the nation’s tourism and events sector, boosting tourism in every single corner of the country. We hope lots of visitors enjoy this fascinating e-book.”

Scotland’s History in 25 Objects is now available to download

The national tourism organisation is encouraging the public to suggest their own ideas for objects that have played a part in Scotland’s history that haven’t been included in the list. Suggestions can be made on social media using the hashtags #25objects #hha2017