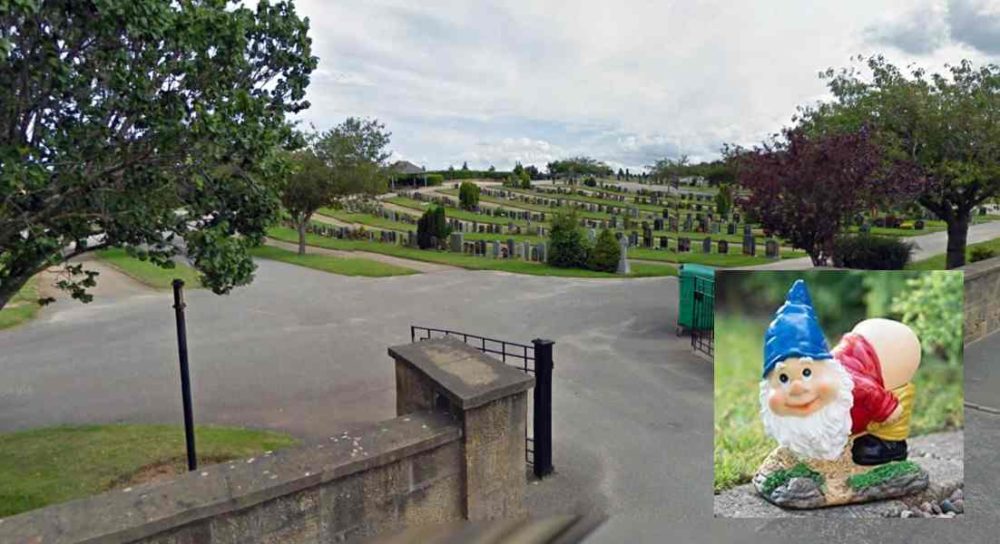 ANOTHER MORAY FAMILY is being left heartbroken by thieves raiding gravestones at local cemeteries.

Earlier this week insideMORAY revealed an alarming increase being reported in thefts from the Lossiemouth Cemetery – now an Elgin mum has reported heartbreak after an ornament was taken from the graveside of her ten-year-old son.

Jayden Ravello passed away in his sleep in October last year and was laid to rest in the New Elgin Cemetery.

Now Jayden’s Mum Chelle Revello has taken to social media to appeal for information over the theft of a comic gnome that used to make her son laugh. Chelle said: “I would be so grateful for the person who has taken this gnome from our son Jayden’s grave to return it.”

The gnome was taken at some point between 5pm and 6pm on Monday evening, with Mrs Revello adding: “The gnome was gifted to our son and we know he would be looking down laughing at his silly gnome.

“Also when we visit the grave it makes us and Jayden’s little brother laugh – especially at night when its bum is glowing! This is the first time things have been taken from Jay’s grave and it really pains us that people can steal from such a place. So please, from a heartbroken mummy, daddy, little brothers and family – please return it.”

Mrs Ravello believes that the gnome may have been taken by someone under the influence of drink who did not realise how upsetting their actions would be to the family.

Last night local police have confirmed that they would like to hear from people who are having items taken from gravesides, saying it was a serious matter and would always be upsetting for families.