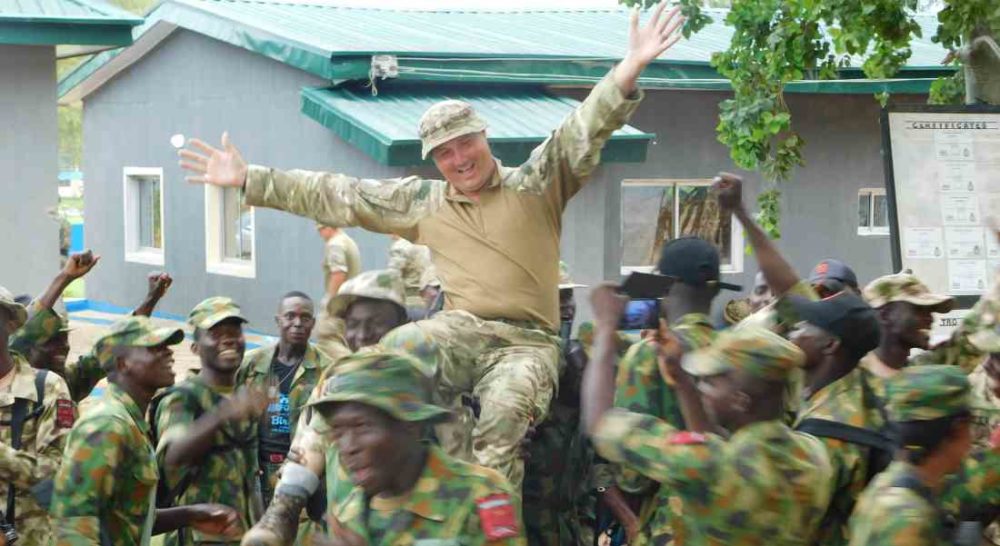 A NIGERIAN TRAINING MISSION for the team from the Lossiemouth-based 5 Force Protection Wing has entered a new phase.

The RAF Regiment team have already successfully trained 50 Nigerian Air Force (NAF) NCO’s and Officers during their detachment, the third such undertaking by the wing in a five-year programme.

It was a request from the Nigerian Chief of Air Staff, Air Marshall Sadique Abubakar, that led to the 66 men and women from the Moray base undertaking the latest six-week task.

The Moray team have now taken their Nigerian trainees into the ‘Foundation Phase’ of the mission aimed at further developing the skills they gained during the basic NAF training.

A VIP guest called in during the latest phase – Rory Stewart MP, who is the Minister of State for Africa. Mr Stewart was given a presentation from the detachment commander before observing the students taking part in their training.

Taking their trainees on a visit to the airfield at NAF Kaduna, the RAF team demonstrated the importance of air operations, familiarising themselves with some of the key installations and assets before receiving briefs from the Engineering Flight and Air Traffic Control.

Whilst training in subjects such as Foreign Object Damage Awareness are routine for airmen in the UK, it is a new, and essential concept to the NAF Regiment.

The RAF team have now delivered training to around 300 Nigerian Air Force personnel and are now entering into the final two weeks of their mission.