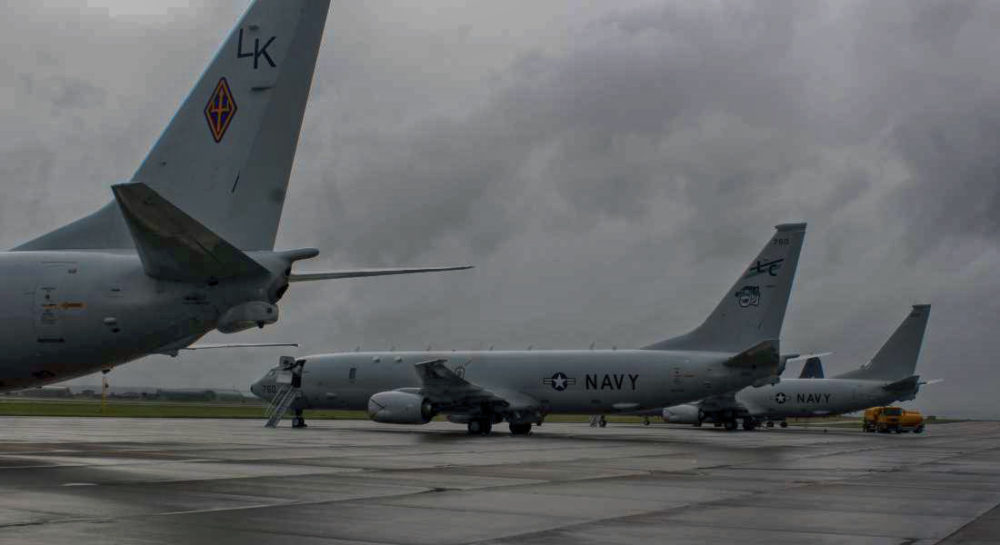 LABOUR AND TORY politicians have clashed over the provision of Maritime Patrol Aircraft (MPA) from Moray.

RAF Lossiemouth is set to become the home for nine Boeing Poseidon P-8A MPAs with the first squadron being formed next year.

Representing a massive financial investment in the Moray base that is already providing a boost to the local economy, the formation of the two squadrons will fill a gap that has existed since the scrapping of the Nimrod MRA4 project by the Conservative government in 2010.

That decision came after the project – ordered by the prior Labour administration – had gone £800million over budget without producing a single aircraft considered ‘safe to fly’.

Now a row has broken out over the level of support being given to UK defence by NATO allies through their providing Lossiemouth-based ‘cover’ until such time as the RAF’s own fleet is delivered. It has been confirmed that in 2016 more NATO MPA were temporarily based in Moray than ever before – sparking accusations that the UK was hiding behind her allies. Taking on a mantle that was until recently fought by former Moray SNP MP Angus Robertson, Labour’s shadow defence secretary Nia Griffith attacked the government after figures revealed almost 40 NATO MPAs had been deployed at the Moray base in 2016.

She said: “As an island nation the ability to patrol our own shores and protect key military assets is essential. The Tories’ decision in 2010 to cut up our Nimrod aircraft and sell them for scrap was a serious mistake – it now looks downright reckless.”

The UK Government, however, insisted that the ‘basing agreement’ they had reached with NATO allies – predominantly the United States – was the correct route to follow, with Air Commodore Ian Gale, the former RAF Lossiemouth station commander who now heads the P-8A delivery project, saying that it was aimed at “further strengthening UK-US defence relations”.

RAF crews – many of whom formerly flew the Nimrod from Kinloss – have been working with the US Navy and other NATO allies on the P-8A for several years, with several earlier this month returning to Moray to explain their future role in re-establishing the first UK P-8A squadron – CXX – at RAF Lossiemouth.

An MoD spokeswoman confirmed that a temporary ‘basing agreement’ had been signed with the United States, insisting that it’s intention was to ‘beef-up resources’. She said: “The basing agreement with America was signed by Harriet Baldwin, Under-Secretary of State for Defence Procurement.”

Ms Baldwin added: “The United States is our pre-eminent ally in global defence and collective security – this declaration is further evidence of how our two countries continue to cooperate and build mutual security, particularly in the North Atlantic.

“The US Department of Defence and the UK’s Ministry of Defence plan to cooperate closely in operation of their P-8A aircraft to ensure a coherent approach.”